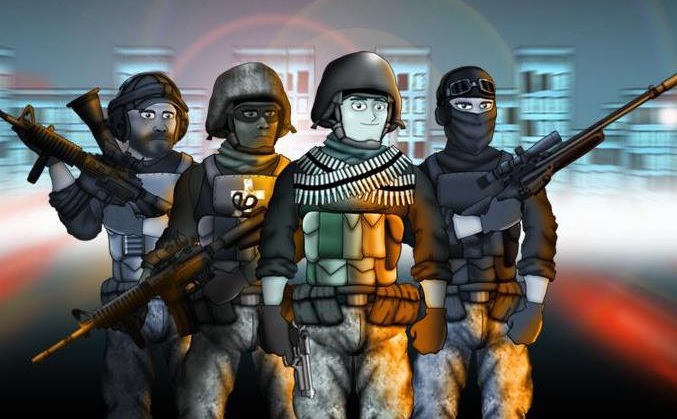 Daniel Tibbets and James Glasscock chat with StreamDaily on the huge demand for content and why the MCN is expanding beyond digital.

Machinima, once known as a gaming and superhero-focused MCN, will soon be opening the doors of its own production house.

It’s planning on opening the doors to Machinima Studios in the near future — and though a specific date hasn’t been set yet, the studio is being toted as an 8,000 square-foot facility in North Valley area of Los Angeles, where Machinima and its 25,000 creators will have access to an array of production resources.

Machinima’s chief creative officer Daniel Tibbets and SVP, strategy and business development James Glasscock told StreamDaily in an interview the decision to start its own production house came after years of developing content for an increasing number of platforms.

“It’s natural that as a network you try to develop content for your own network,” said Tibbets. “But over the last few months we’ve been announcing deals with a lot of platforms, with Sony, with Vessel, with Verizon, and we’ve got to gear up to create a lot of content. It made sense that we switch up our content and get into the programming game.”

Tibbets said though Machinima will still focus primarily as a network, with the new production house in play, it will put out about three times more programming than before.

With that amount of programming, Tibbets said, it’s natural it will expand beyond YouTube, and even beyond digital.

“This new studio will work with digital and traditional talent to produce and sell content to others, be it digital, television or film,” said Tibbets. “Our programming is really mainstream pop culture now. It’s not so narrow in gender or age demographic anymore. And that content can be consumed across all platforms, and across all genres — scripted, reality, live action. It’s so much more broad now.”

As Machinima expands across a growing number of platforms, Glasscock says the quality of content will always be top of mind for keeping Machinima’s loyal viewership.

“It’s kind of like House of Cards on Netflix,” said Glasscock. “People switch platforms or subscribe to a platform for that one really good show. Every studio wants to make their House of Cards.”

Glasscock said the company has witnessed users consuming its content across multiple platforms, such as Battlefield Friends (pictured), which recently expanded its distribution beyond YouTube to iTunes, XBox, Vimeo and more.

“The big question everyone asks is, ‘how do I create consumer preference for my platform?'” said Glasscock. “It’s through exciting content. We’re now able to create so much more of that content.”