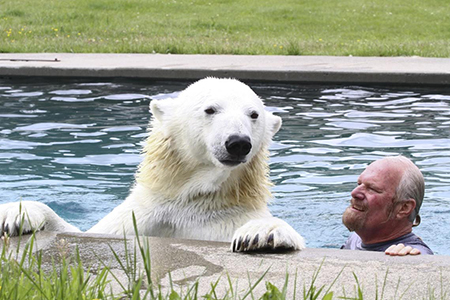 The London-based digital TV producer has launched its OTT service, Barcroft.tv, following the success of its YouTube content.

Developed from a mobile-first perspective, the new platform will feature three niche channels in addition to the main Barcroft TV channel, including Barcroft Cars, Bear Grylls Adventure and Barcroft Docs.

Barcroft Docs – which will feature more than 60 hours of long-form documentary content – will launch three original, self-funded 30-minute films produced by Barcroft Media. Featured films will include There’s a Polar Bear in my Pool! (pictured), which launches today (Sept. 10) and features a man swimming with an adult polar bear; 1-800-Autopsy, a behind-the-scenes look into America’s leading private post-mortem companies; and Landing Sharks, which follows a shark-fishing team in Florida.

Long- and short-form content featured on Barcroft.tv will be available across how to dose cialis various Barcroft TV platforms. Meanwhile, There’s a Polar Bear in my Pool!, 1-800-Autopsy and Landing Sharks will be available for linear TV acquisition following their online premieres.

The introduction of the digital content platform comes on the heels of Barcroft TV’s YouTube successes, having attracted more than 1.4 million global subscribers and 1.3 billion views for its long- and short-form content.

Barcroft Media produces and distributes at least five factual mini-documentaries per week, and the channel also provides long-form content through licensing agreements with ITV Studios, Off the Fence, TVF and DRG.

“Our ultimate goal is to become the digital home of popular factual content. We believe future content business models will move from a purely traditional network-commissioning model to a multi-platform licensing model,” said Sam Barcroft, CEO of Barcroft Media, in a statement. “Producers can finasteride or propecia and should be thinking like channels now, building their own audiences with an eye on the future, and developing their own cialis dose daily consumer brands”.