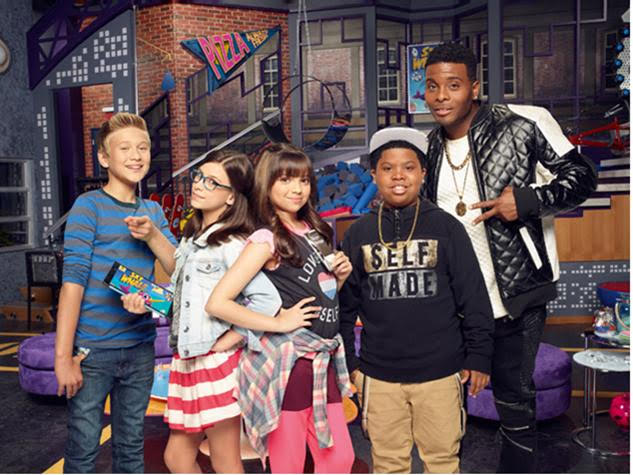 Mobile is the name of the game in Nickelodeon’s new live-action series from iCarly creator Dan Schneider. Game Shakers is set to bow September 12 at 8:30 p.m. on Nick U.S.

Game Shakers‘ premiere episode will also feature cameo appearances from YouTube pop culture comedians and gaming entertainers, including GloZell, Lasercorn and ProJared. Simulcast across Nickelodeon, TeenNick and Nicktoons, the ep will also be available at the same time on Nick.com and on the Nick app. Following its linear debut, the premiere episode will be available for free on iTunes for one week.

Game Shakers‘ debut will come a month after Nickelodeon green-lit 20 episodes of Pinky Malinky, a new social media-inspired original animated comedy series that borrows from mockumentary/reality-show formats that will launch on TV and digital platforms in 2016. Nick is producing original short-form videos and content in conjunction with the series that will be shared across social media and Nickelodeon’s digital platforms.