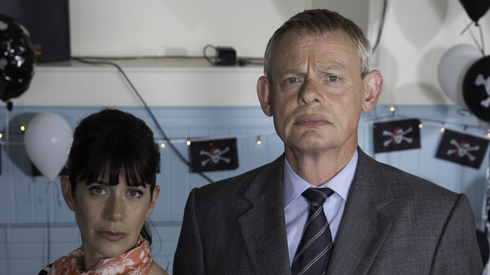 The doctor is in: Doc Martin’s latest season bows on Acorn TV

The tactless physician from Cornwall is back, helping the SVOD strengthen its hold on the British content market.

Acorn TV continues to build out its British offering for U.S. fans, bringing the latest season of Doc Martin to SVOD subscribers.

The seventh season of the show, featuring Martin Clunes (Arthur & George, Men Behaving Badly) as a tactless doctor in the seaside town of Cornwall, is set to bow Oct. 5 for an eight-episode run, according to a release. All previous seasons have also run on Acorn TV.

In a bid to corner the niche market, RLJ Entertainment-owned Acorn TV has been building its slate of British TV series for its digital subscribers. Earlier this summer, the SVOD launched an original Agatha Christie series, featuring the sleuth duo Tommy and Tuppance, as well as the detective series Vera, which includes four standalone TV movies.

It also maintains the exclusive U.S. premieres of a number of British mini-series, including Jamaica Inn (originally on the BBC), New Worlds (Channel 4) and The Drive, among a number of other titles.

“We’re very bullish on niche streaming services,” said Matthew Graham, VP of Acorn TV, in a previous interview with StreamDaily. “The big players like Netflix have trained people that this is a great way to consume content. But they’re very broad and content is expensive. To really serve a niche audience, it takes a lot of focus. I don’t believe it makes sense for the big guys to go as deep with the content as we go.”