Goldfine out as Fullscreen pulls in two new VPs

The man behind Camp Takota is no longer chief content officer of the MCN, though he will continue to work with it in a production capacity.

Michael Goldfine is no longer the chief content officer at Fullscreen.

As of Sept. 2, Goldfine is no longer with the MCN. On the same day, Fullscreen announced the hire of MTV’s Polly Auritt (pictured below, right) and Awesomeness TV’s Katy Chen (left).

Auritt and Chen join as VPs of scripted and unscripted content, respectively. 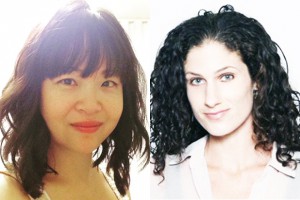 A rep for the company has confirmed Goldfine’s departure but said he’ll still continue to work with Fullscreen in a production capacity. Goldfine had only been in the role as CCO since October 2014. Prior to his joining Fullscreen, Goldfine founded RockStream Studios. During his tenure at RockStream, he directed the direct-to-consumer film Camp Takota, which starred digital talent Grace Helbig and Mamrie Hart.

In his roll at Fullscreen (which was acquired by Otter Media in September 2014), Goldfine continued to develop both scripted and unscripted content. He directed #O2LForever, a digital doc that was part of the inaugural trio of direct-to-consumer films when Fullscreen introduced its Fullscreen Films division in January.

Auritt, who will head up scripted content, served as MTV Networks’ VP of Scripted Development for five years and is credited with development for Finding Carter, Eye Candy, Happyland and Zach Stone is Gonna be Famous.

Chen, a former broadcast journalist-turned-director of development with AwesomenessTV, served as the executive producer of series such as The Social Life with Amanda Steele and Life’s S.O. R.A.D.