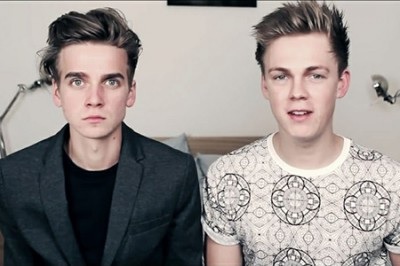 The British broadcaster has inked a deal with Joe Sugg and Caspar Lee, marking its first exclusive commission with YouTubers.

Produced by the team responsible for Top Gear specials, the one-off program will see Sugg (who goes by the online name ThatcherJoe) and Lee travel across the European countryside surviving on money they’ve earned each day from such jobs as working as gondoliers in Venice, serving as deckhands on a super-yacht, and street-performing on bustling Barcelona avenue, Las Ramblas.

The pair has more than 10 million YouTube subscribers and over one billion total views between them.

Paul Hembury will exec produce the special for BBC Worldwide, while Dominic Smales and Claire McArdle serve as executive producers for Gleam Futures. Brian Klein is listed as director. Sugg and Lee will act as producers for Raucous Productions.

Joe & Caspar Hit the Road will be released on DVD and digital download in the UK and Ireland on November 23. The special will also be made available to buy or download in the U.S., Australia and across Europe.