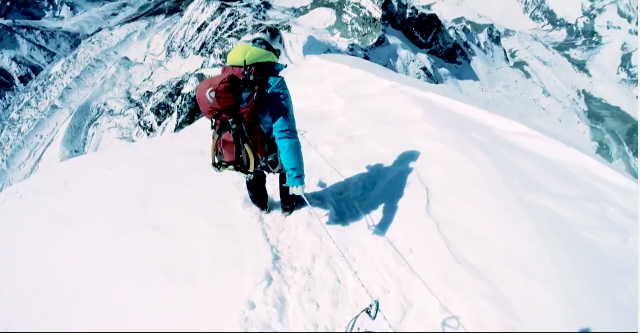 It’s been four months since a powerful earthquake rocked Nepal, killing more than 9,000 people nation-wide, including 19 climbers at the Mount Everest base camp.

Now, two of the surviving climbers will share their stories of the disaster in a four-part original web series produced by Sooperfly, the digital video network launched earlier this year by Mumbai-based The 120 Media Collective .

Mission Everest 2015 launches on YouTube on Wednesday, Sept. 2, with subsequent episodes released every Thursday for the remainder of the month.

Executives with 120 Media have been promising original content creation since bringing Sooperfly to life in April in a joint partnership with U.K. channel management firm Diagonal View. In early August, Roopak Saluja, 120 Media’s CEO and founder, said original series and longer-form programming would be forthcoming in the wake of a one year strategic deal struck with global ad agency Cheil Worldwide. Saluja said most of the content will be in English and aimed at a younger demographic in India and around the world.

Mission Everest is intented to fit with that global strategy. It features Samir Patham and Saurai Jinghan, a pair of young mountaineers “who chose to help rather than flee in the wake of a crisis,” said Vishai Nongbet, Sooperfly’s senior vice-president and head of business, in a statement.

The series includes exclusive real-time footage of the April 25 disaster, which is the deadliest crisis ever to hit the climbing community. Sixty people were also injured at the Everest base camp.

Nongbet said the narrative is designed to appeal to a millennial audience “on a medium that is most accessed by them.”

Here is a preview: