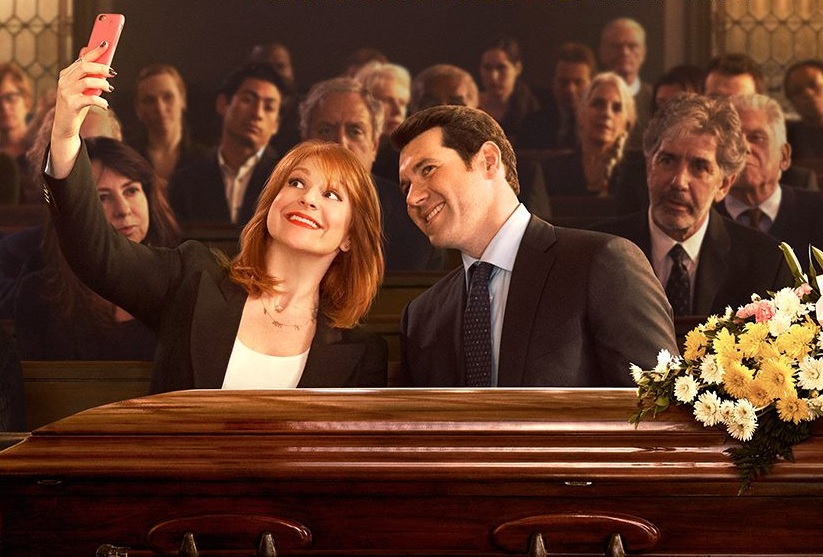 Despite some controversial humor, the comedy series about what it's like to be a horrible person is coming back for more.

The comedy about what it’s like to be a horrible person is back.

Difficult People, the Amy Poehler-produced comedy that calls Hulu home, has been renewed for a second go.

The renewal was announced by Hulu Aug. 27, just several weeks before the finale of Difficult People is set to drop on the platform. Ten episodes have been ordered of the series, which stars Julie Klausner and Billy Eichner and is produced by Universal Cable Productions, a division of NBCUniversal.

Like the first season, the episodes will roll out on a weekly basis (similar to traditional linear television), unlike Netflix, which usually drops all episodes at once in a more binge-friendly format. No release date has been announced yet.

The first season of Difficult People received generally favorable reviews from critics, with an average rating of 76% on Metacritic.

However, a recent episode drew the ire of some after a joke about Beyoncé Knowels’ toddler daughter Blue Ivy and controversial rapper R. Kelly was called out for allegedly being racist in nature.

The Blue Ivy joke is disgusting. Amy Poehler should be ashamed and issue an apology. Real fucked up & racist to pick her for that punchline

However, the joke (as well as the show itself) has been defended by others.

Netflix has been known for its originals and revivals like House of Cards and Arrested Development for years now, and even Amazon has gained recognition for its small, albeit well-received, slate of originals.

But it’s only recently that Hulu has begun to take up arms in the way of originals. This coming fall a number of Hulu originals are premiering, including Jason Reitman’s Casual, the revival of The Mindy Project, the upcoming drama The Way, starring Aaron Paul and Hugh Dancy, and RocketJump: The Show starring Freddy Wong and the team behind Video Game High School.