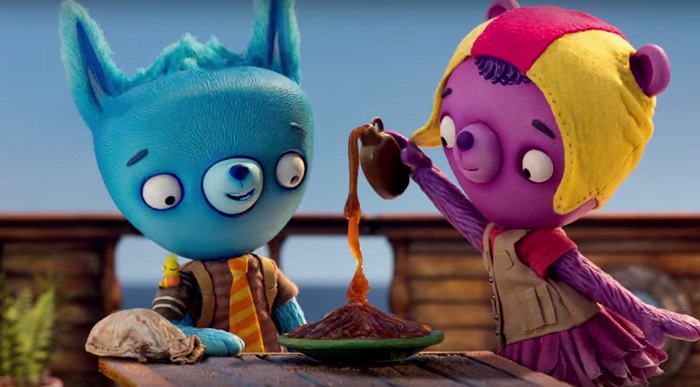 The e-commerce giant unveiled the expansion shortly after Netflix's own announcement, but some still think Netflix will reign supreme.

The e-commerce giant announced its expansion Aug. 27, only six days before Netflix, its main competitor in the SVOD market, is set to go live in the country. Amazon’s service is also set to roll out in the fall, though a specific date has not been announced.

Roy Price, VP of Amazon Studios, said in a press release that not only will many of Amazon’s popular originals, including Transparent and Tumble Leaf (pictured), be brought to Japan, but also a number of new Japanese originals.

But Chris Ciaccia, tech news editor at TheStreet, told StreamDaily that despite Amazon’s rapid expansion, he still expects Netflix to stay on top.

“I doubt many people around the world take advantage of Instant Video,” he said. “Netflix is still the pre-imminent on-demand streaming service.”

Netflix currently boasts an estimated 29.8 million international subscribers, but one study predicts that number could increase five-fold by 2020. For its part, Amazon has never been public about global or domestic subscription numbers to its Prime or Instant Video service.

But, said Ciaccia, that doesn’t mean Amazon’s move into Japan is foolish.

“It makes sense for them to want to expand to Japan because Prime memberships are so cheap there.”

Cheap is right — Prime memberships in Japan cost 39,000 JPY, or $32.31 US, for a whole year (Amazon has stated that membership prices in Japan will not increase once video service is added). Comparatively, U.S. Prime memberships cost $99 per year. That covers not only video streaming, but a number of enhanced services such as discounted shipping rates and, in some areas, same-day delivery.

Ciaccia said originals will be what ultimately prompts users to make the leap to one service or the other. “Like anything that Netflix does, Amazon’s shows have always been a hit,” he said, citing Jeffrey Tambor’s Emmy award win for his work on Transparent.

Amazon has made big investments into its video production and acquisitions — $1.3 billion in the past year, according to its own release — and Ciaccia said this is a sign that Amazon isn’t playing around.

“Amazon reportedly paid a pretty penny for (a new series from the former Top Gear hosts) because it recognized the viewership that it had in the U.K. and elsewhere,” said Ciaccia. “It proves that Amazon is really serious about expanding the things that it can offer through Prime. Whether it takes one year or two, Amazon is really in it for the long haul.

Recently, Netflix announced it would pair with telco giant SoftBank for its launch into the Japanese market, with SoftBank handling the business side of Netflix’s consumer experience in Japan.