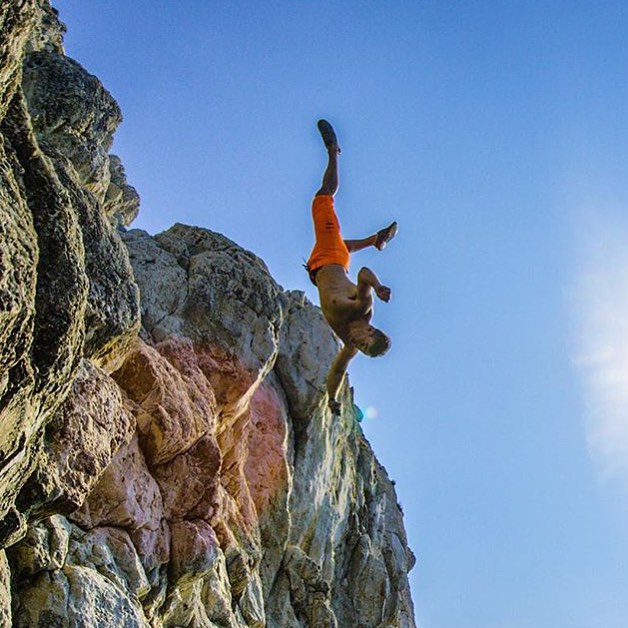 The travel co's new "Legends" campaign brings on board the likes of Devin Super Tramp and Dominic Sandoval for high-flying promos.

Contiki Holidays promises its new digital campaign is going to be legen — wait for it — dary.

The adventure-focused campaign will feature videos of digital influencers completing feats around the world. Devin Super Tramp (real name Devin Graham) is in the spotlight in the first video, cliff jumping in Italy.

The cliff-jumping video is also available in 360 through the Contiki site.

The 360 and VR industries have been rising in legitimacy, and recently YouTube enabled 360 video for advertisers on top of regular uploads (beginning with a 360 campaign for Bud Light).

Also joining Contiki’s campaign, according to a press release, is So You Think You Can Dance alumni and YouTube vlogger Dominic Sandoval, “bucket list”-themed vloggers The Buried Life and the schemers behind Prank Vs. Prank. The four channels together bring with them a fan base of more than 13 million subscribers. The YouTubers have all posted behind-the-scenes videos of their Contiki adventures on their own channels.

Cashing in on the popularity of digital influencers is nothing new for Contiki. The company has been working with YouTubers for four years. In 2014, at the time that it launched its “Hashtag No Regrets” campaign (which starred Joey Graceffa and Smosh’s Anthony Padilla), almost 65% of its marketing budget was going to digital.

Travel and adventure are increasingly hot topics for YouTubers. Recently, travel vlogger Nadine Sykora of the channel Hey Nadine jumped on board with the Disney-owned MCN Maker Studios to create “original and brand-integrated content.” Sykora had already previously worked on a campaign for Contiki in 2014.

Mariott Hotels has also scooped up digital talent to promote its offerings, such as Grace Helbig in its new “#Itpaystobedirect” campaign and comedian Taryn Southern in a branded content series for its new line of boutique hotels.