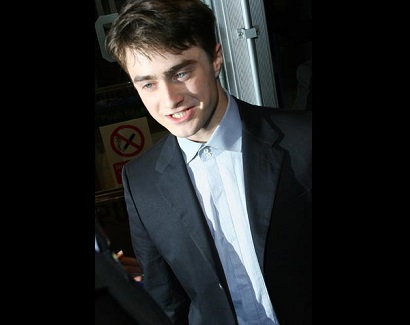 The battle to save BBC3 in its linear format has all but ended as trustees look to save money and cater to young, digital-savvy viewers.

After a months-long battle that involved the boy wizard, Harry Potter, himself (or at least actor Daniel Radcliffe, pictured), the war to save BBC3 as a linear channel has all-but reached an end.

Trutstees of the British public broadcaster have set spring 2016 as the date to relaunch the channel online, a move BBC executives have repeated is a necessary to serve the needs of a modern, digitally savvy audience of cable-cutters.

The channel was conceived “before the iPhone, Facebook, SBTV, Netflix, Snapchat, driverless cars and a man jumping from space. The world’s changed and what millennials and Generation Z want and expect from the BBC has changed. To meet their needs as licence fee payers we must offer them a service and content they want,” said Damian Kavanagh, controller for the channel, in a blog post.

It’s also no secret that the move is part of the BBC’s efforts to cut costs. In a statement, the broadcaster said that frozen licence fees (a government-mandated charge applied to U.K. television viewers) and a 26% cut to funding forced “some very difficult choices.” By going digital, the broadcaster expects to save an estimated $78 million, according to a BBC news story.

Kavanagh said, the coming digital era will still have room for “ground-breaking” dramas, docs and comedy, and for introducing new talent for which BBC3 is known. Channel 3’s programming largely consists of comedy, drama and spin-off series from the broadcaster’s flagship channels BBC1 and 2.

Others remain skeptical that the change, combined with fewer dollars to invest in content, will result in quality programming.

Radcliffe, the star of the Harry Potter movie series, joined more than 750 mainly British stars to urge the BBC Trust to reverse its 2014 decision to close down the channel’s linear format. In an open letter to trustees of the broadcaster, the actors, writers and producers, including some American names, said the move online would “remove at a stroke a vitally important outlet for new talent and innovative ideas.”

They note the channel is where many of the most successful names in British TV were given their first chance. (The likes of BAFTA-winning actor Georgina Campbell, Murdered by My Boyfriend, and James Corden, The Late Late Show with James Corden, both got their starts on the channel.) They say by taking the channel off linear TV, older and low-income residents who aren’t comfortable streaming content, or simply aren’t able to afford it, may also be cut off from the service.

The BBC has said if the move online proceeds as planned next year that channel 3 programming will be also be available on BBC1, BBC2 and BBC iPlayer.

The BBC Trust, the body that governs the broadcaster, has launched a second round of public consultation on the future of the channel. It gave provisional approval to the plan. Members of the public now have until Sept. 30 to comment on the plan.

A petition remains online, with supporters of the #SaveBBC3 movement urging people to sign.