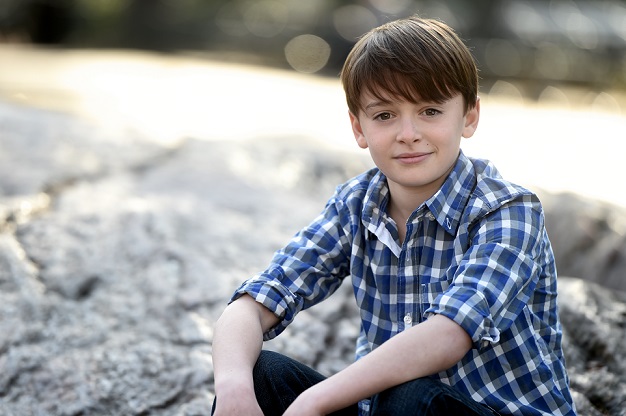 Netflix has unveiled its latest original series starring a brand new crop of actors sourced from auditions held around the world.

Eight one-hour episodes of Stranger Things, a dramatic series written and directed by Matt Duffer and Ross Duffer, (Wayward Pines, Hidden) are set to premiere across all Netflix territories in 2016.

The series, set in Indiana, tells the story of a young boy who vanishes into thin air. As friends, family, and local police search for answers, they are drawn into a mystery involving top-secret experiments, terrifying supernatural forces, and one very strange little girl.

Winona Ryder and David Harbour both star in the series. Also featured are Finn Wolfhard (Aftermath, The Resurrection), Millie Brown (BBC’s Intruders, Once Upon a Time and NCIS), Gaten Matarazzo (Les Miserables, The Blacklist), Caleb McLaughlin (The Painted Rocks at Revolver Creek), Noah Schnapp, pictured (Bridge of Spies, The Peanuts Movie, We Only Know So Much), Natalia Dyer (I Believe in Unicorns, After Darkness), and Charlie Heaton (Shut In, Urban and the Shed Crew).

Along with their writing and directing duties, the Duffer Brothers will be co-showrunning the series, and will serve as executive producers along with co-showrunner Karl Gajdusek (Oblivion, Last Resort) and Shawn Levy and Dan Cohen via their 21 Laps entertainment company (The Spectacular Now, Night At The Museum, Real Steel, Date Night).

“Netflix’s slate of original movies and series has been one of its biggest draws in recent years, led by global hits including House of Cards and Orange is the New Black. The SVOD currently has amassed more than 65 million members around the world. The service estimates 100 million hours of its TV shows, docs and movies are consumed by global viewers every day.