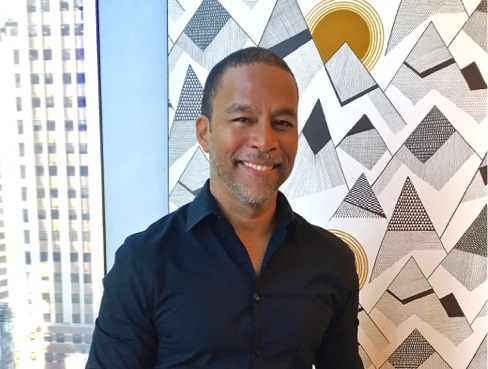 The new digital video network is set to launch this fall in the U.S., complete with its own distribution platform, content studio and SVOD service.

Cary Grant Jr feels a shift in the world since the days, just a generation ago, when the term “multiculturalism” was really just a euphemism for race and ethnicity.

These days, he told StreamDaily, multiculturalism means so much more: “Multiculturals, especially millennials, are people who have different lifestyles, different political views but no political affiliation, different racial and ethnic backgrounds, who happen to embrace a broader spectrum of ideas. It’s not the multiculturalism of yesterday where you’re just talking about African Americans and Latinos.”

It’s an important evolution — one Grant believes is driving the national conversation taking place around gender, sexual orientation and civil rights in America right now. And it’s the philosophy behind the launch of his new business endeavor, Premo. The digital video network — which is expected to include its own distribution platform, content studio and SVOD service —  is set to launch this fall in the U.S. market, offering curated, cross-cultural content to a diverse generation of viewers hungry for smart, edgy content.

“There are a lot of choices out there in the space, but there is something to the curation model for this specific audience where they find it very hard to find content that reflects their lifestyle, their point of view. It’s not just about race and ethnicity. It’s really about how they see the world,” said Grant.

To that end, the San Francisco-based company (which also has offices in L.A. and New York) aims to licence and develop “smart, edgy” content that is not easily discoverable on other platforms and services, said Grant. That includes a push for rare or little-known titles from major studios and prodcos, as well as independent film distributors and film makers and influencers in the digital video and social-media realm.

Grant said a separate announcement regarding those content deals, and specific titles, will be forthcoming. The focus of programming spans drama, documentaries, music, comedy, food, fashion and lifestyle.

“The types of films that we are licencing and promoting and marketing are films that could be 10 or 20 years old but never got a chance to get a lot of traction in the theatrical realm and in the digital realm. There’s also some new content that goes immediately from a theatrical window to a digital window that is quickly available to us that we will take advantage of,” he said.

Down the road, Grant said Premo will operate as a studio in its own right, with plans in the works to develop both scripted and non-fiction projects. Grant said Premo already has a production partnership with hip-hop legend Chuck D of Public Enemy that will see him and his long-time manager Lathan Hodge, a former BET executive, develop music-focused programming.

“It won’t be just about hip-hop, but around a variety of forms and genres of music,” said Grant of the forthcoming series.

Premo will launch on Roku, Xbox, iOS and Android devices, with additional streaming platforms expected to follow. The cost of the service is currently set at $4.99 per month, and gives subscribers unlimited access to programming under a single branded channel. The company is currently privately funded, with plans underway to enter a Series A funding round this year.

Grant said the network doesn’t expect to compete with SVOD giants such as Hulu, Amazon Prime and Netflix (the latter brand has a global subscriber base of more than 65 million at present).

Rather, the goal is to stay niche. Grant points to the findings of a 2015 Horowitz Research study to underscore his confidence in the company’s future: According to the study, multicultural viewers in the U.S.(including those who identify as African-American, Asian or Hispanic) are far more likely to make OTT an integral part of their viewing lifestyle than Caucasians.

Add that to demographic projections that indicate the majority of people in the U.S. will be non-white by 2040, and Grant believes firmly he and his team are onto something.

It’s not that the service is aimed at non-Whites.

“We look at the multicultural millennial as a broad mosaic of people of different backgrounds,” said Grant.

But, he added, “I think, given the climate of the country right now, we are experiencing a lot of things from a racial standpoint, and millennials are hungry for things they can really identify with. Like I said, it’s not just about ethnicity, it’s really about lifestyle…Everyone is still trying to figure it out and we want to be at the cusp of that.”