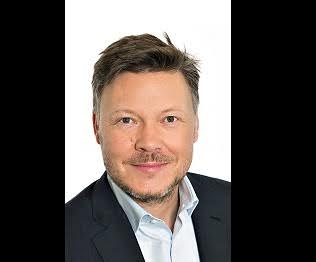 The restructuring is expected to save about $72.5 million, of which the majority will go back into the company's ongoing transformation.

European media company MTG will lay off 300 employees in Sweden, Norway, Denmark and the U.K. as part of an ongoing restructuring effort that will see more of its business shift to the digital market, the company confirmed.

Jorgen Madsen Lindemann, MTG president and CEO, (pictured) said in a statement the decision to eliminate the position held by “valued colleagues” was difficult to make, “but (the changes) are necessary and we are doing all that we can to assist those affected by these changes.”

The announcement comes as the company moves forward with its digital transformation. Through it’s digital division, MTGx, the company currently operates both an ad-supported VOD platform (Play) and SVOD service (Viaplay). It also recently invested in two multi-channel networks, Zoomin and Splay, with an eye on growing its content offerings and, along with it, a larger share of the global digital market.

In its Q2 earnings report this year, the company said total digital sales grew by more than 30%, with Viaplay on track for further growth following new partnerships with the likes of Apple TV, Nextgentel and 3. The company has also secured a number of long-term multi-platform content deals for the likes of NHL ice hockey in the Nordics and Champions League soccer in the Baltics and Finland. In 2014, it partnered with Nickelodeon in a deal to add exclusive family programming to its Viaplay service.

With the recent announcement, company reps said MTG will continue to fuel investments in those existing businesses in an effort to expand on that profitable growth. Accordingly, the restructuring efforts are designed to “help increase efficiency levels across the business, yield savings to offset the significant adverse currency effects that the Group faces and enable reinvestment in the Group’s core business and continued digital expansion.”

According to the company, the restructuring is expected to generate annualized savings of approximately 600 million Swedish Krona (SEK), or U.S. $72.5 million, of which the majority will be reinvested back into its ongoing transformation to what it calls a “broad-based” video entertainment company. The majority of the savings will hit in 2016 and have full effect from 2017, the company said.

The news follows a May management realignment that saw executive VP Anders Jensen appointed to CEO of MTG Sweden, Kim Poder as CEO of MTG Denmark and Trygve Rønningen as CEO of MTG Norway.

With a file from Realscreen.