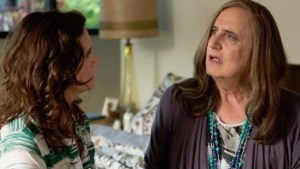 Is the SVOD limiting itself? It's cut support for older smart TV platforms, and has limited availability compared to competitors.

Amazon may have some pretty big draws to its subscription VOD service (Transparent and the upcoming project from the former hosts of Top Gear, to name a few), but if you want to enjoy it, you’d better make sure you have the right technology on which to view it.

In a recent email sent to its Prime customers, Amazon announced that its Amazon Instant Video service would no longer be available on Google TV sets, as well as other, older smart TV sets (such as 2009 and 2010 Samsung sets and 2011 LG sets).

Google TV was a smart TV system first launched in 2010. Google TV systems were manufactured by companies such as LG and Samsung. The platforms were discontinued in 2014 upon the introduction of the new Android TV system, but Amazon is just now pulling its service from the systems.

It’s not unusual for tech companies to pull support for older devices as the service evolves. However, Google-brand loyalists may have to wait a while before they can enjoy Amazon’s originals through their connected TV devices.

The service has never been made available for Google TV’s successor, the Android TV, despite the latter being introduced more than a year ago. It’s also not compatible with Google’s connected TV device, the Chromecast. Of course, Android TV and Chromecast are also seen as competitors to Amazon’s Fire TV platform and Fire TV Stick, respectively.

On the other hand, Netflix and Hulu are available through Chromecast, AppleTV, Android and Apple mobile devices and on most smart TV platforms.