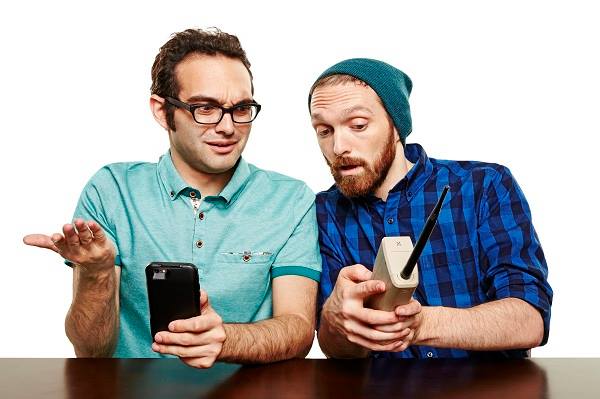 What do Albert Einstein, breast implants and YouTubers The Fine Bros. have in common? They're all coming soon to linear TV.

How many degrees of separation are there between YouTube and traditional television?

If anyone can answer that question, it’s probably The Fine Brothers. The YouTubers, and real-life brothers, are the latest digital stars to make the leap to linear with the new series, Six Degrees of Everything.

The show features Benny and Rafi Fine and their ability to connect two seemingly unrelated topics (including Albert Einstein and breast implants) while taking viewers into a deep dive across topics.

Ten episodes of the series will air in all, with a new episode rolling out every Monday on TruTV. The series was first ordered in April.

The brothers, who boast more than 17-million subscribers on their main YouTube channel and are best known for the Kids React series and its spin-offs, aren’t the first YouTubers that TruTV has transitioned to a linear series. In May, TruTV ordered a full season of Adam Ruins Everything, a series inspired by host Adam Conover’s YouTube rant against engagement rings.

Some YouTubers have eagerly made the jump to linear, such as Grace Helbig, who was offered a late night talk show on E!, The Grace Helbig Show, earlier this year (Helbig has said she is currently awaiting word on its status for a second season).

But others are less enthusiastic. RocketJump founder Freddie Wong told StreamDaily that he has no immediate plans to go linear and sees working with platforms such as Hulu to be just as rewarding. Meanwhile, Matthew Santoro, who, like the Fine Brothers, also specializes in quirky fast facts, has told StreamDaily that all of his efforts outside his YouTube page (including a possible linear TV show) ultimately are to drive traffic back to his YouTube page.