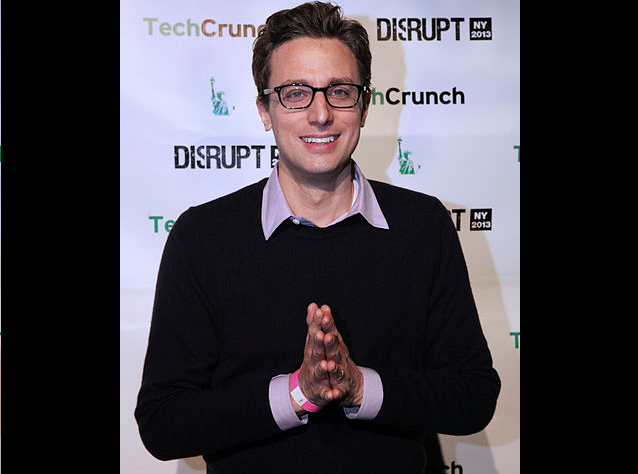 All the world’s abuzz: BuzzFeed partners with NBCU, Yahoo! Japan

If it was BuzzFeed staff writing the story, we’d be sure to get a comic spin in listicle form on the top-10 reasons behind the $200 million investment by NBCUniversal into the popular online entertainment and news platform.

But Jonah Peretti (pictured), BuzzFeed founder and CEO, was instead content to share confirmation of the long-rumored deal with the global media co. with his staff in a cheery email, headlined “big news,” in which he promised a slate of new projects on the horizon that “we’d never be able to do on our own.”

Some of those projects will include collaborations on television and movie content creation, Olympics’ coverage and joint partnerships with ad agencies and brands, the company said in a statement.

Peretti said the investment money, along with BuzzFeed’s own revenue, will allow the company to “grow and invest without pressure to chase short-term revenue or rush an IPO.”

As for BuzzFeed employees, he noted “there will be many opportunities for career development and growth as we expand in new areas and take on new challenges. Your work will have a bigger impact than ever before, spreading to more countries, across more platforms, in more formats. As a result of these deals, the work you are doing will play a bigger role in the lives of an even larger, more diverse, global audience.”

In his own statement, NBCU CEO Steve Burke said the investment will build on BuzzFeed’s technology, data and editorial abilities to create and share content.

“They reach a massive, loyal audience and have proven to be among the most creative, popular and influential new media players,” he said.

BuzzFeed already has an estimated monthly global audience of more than 200 million and 1.5 billion monthly video views, while NBCU, a subsiduary of Comcast, is home to the Today show, Jurassic World, Minions, the Olympics, and Jimmy Fallon. It owns and operates a large portfolio of news and entertainment television networks, a film company, television prodcos, and theme parks.

“We both have a lot to offer the other,” said Kenneth Lerer, BuzzFeed executive chair.

It’s the second time in a week NBCU has made an investment of this size in a digital media company. Earlier in August, it confirmed it has committed another $200 million to Vox Media, again with the aim of creating editorial content and expanding advertizing partnerships across technology platforms.

BuzzFeed, meanwhile, announced it has also partnered with Yahoo Japan to launch BuzzFeed content in that country. That deal will see BuzzFeed develop editorial content and native advertising specific to the market. Yahoo Japan will be responsible for advising on cultural matters and driving traffic to BuzzFeed Japan, said Greg Coleman, BuzzFeed president in a blog post. Yahoo will also own the sales channel to bring BuzzFeed Japan to market. BuzzFeed will bring one of its internal editors to Tokyo to lead the Japan editorial team. It continues to search for a CEO to head up the joint venture and report to a board of directors controlled by BuzzFeed, with representations from Yahoo Japan.

“We put a lot of thought into finding the right partner. Beyond looking at pure reach, we wanted to find a team that has local cultural knowledge, established clients, and strong revenue numbers. Yahoo Japan is a perfect fit because it is a pure-play digital company untethered to the legacy constraints of traditional media. We have many of the same philosophies and approaches,” Coleman said in the post.

Additionally, Peretti said the company will also work with Facebook’s Instant Articles, Snapchat’s Discover, and Apple’s forthcoming News app in a bid to grow its online audience. He promised more collaborations of this nature coming soon.

Peretti said the deals are all structured to allow BuzzFeed to maintain its editorial and creative independence.