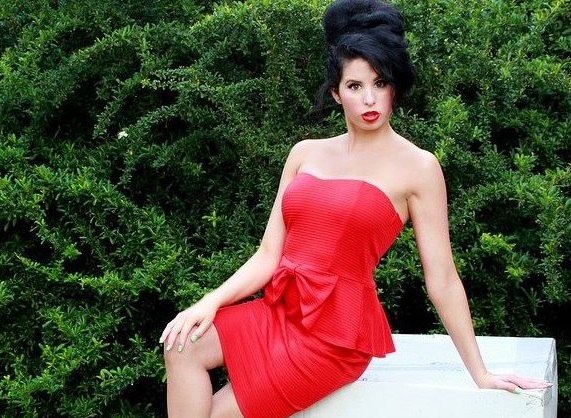 Alec Shankman says the beauty and lifestyle categories are where brands are spending a substantial amount of money at the moment.

Breland Emory, whose straight talking and female-empowering vlogs have found a growing global audience among tween and teen girls, is the latest YouTuber to sign with Abrams Artists Agency.

Emory (pictured), who goes by the online name GlitterForever17, has built up a YouTube subscriber base of 814,000 subscribers and recorded more than 62 million views. Her video “15 period life hacks to make your period easier at school, work or home,” featuring her pals and fellow lifestyle and beauty vloggers RosalieSaysRwar, xxmakeupiscoolxx (also known as Katharine Ward), JENerationDIY, and BelezzaBeauty03, has so far garnered 2.7 million views.

Alec Shankman, head of alternative programming and digital media at Abrams, said Emory stands out from other young online vloggers because of her willingness to have a strong opinion and “put it all out there.”

“She has a certain edge to her and she has been successful in creating some of the more stand-out, not outrageous, but attention-grabbing viral-type videos,” he told StreamDaily. “Being too beige in this (digital) space is going to have a glass ceiling.”

Abrams has been ramping up its stable of online talent as brands look increasingly to partner with influencers who can reach a young demographic of millennials and Gen Z. The agency has also had success transitioning talent from the digital world to linear television and, in some cases, movies, as well as licensing and merchandizing deals. (Shankman was mum on the names and details of those deals, noting many are still in the negotiation phase and have yet to be formally announced.)

“The frequency of that (cross-platform transition) in general is starting to happen more and more,” he said.

Shankman said, broadly, the agency is always on the look-out for creators that have the ability to make entertaining and engaging content that can potentially be leveraged to pair with brands, merchandizing and television — “all the places where we like to help the talent grow.”

“If it’s too niche, and we don’t think we can add value, through brands or expanding it off platform, it is, perhaps, less appealing,” he said.

Shankman said the make-up, beauty and lifestyle categories are where many brands are spending a substantial amount of money at the moment.

“A handful of our clients are working in that space,” said Shankman, adding Emory steps into all three sub-categories with her content, a move that increases her appeal.

Meanwhile, Ward (511,000 subscribers and 21 million views), Emory’s frequent online content partner, had her own announcement to make. The DIY/beauty/lifestyle blogger is moving from StyleHaul to Fullscreen in a deal brokered by Abrams. Among other projects, Ward is expected to be a part of a recent Fullscreen partnership with Bratz for a large-scale, multi-influencer campaign.