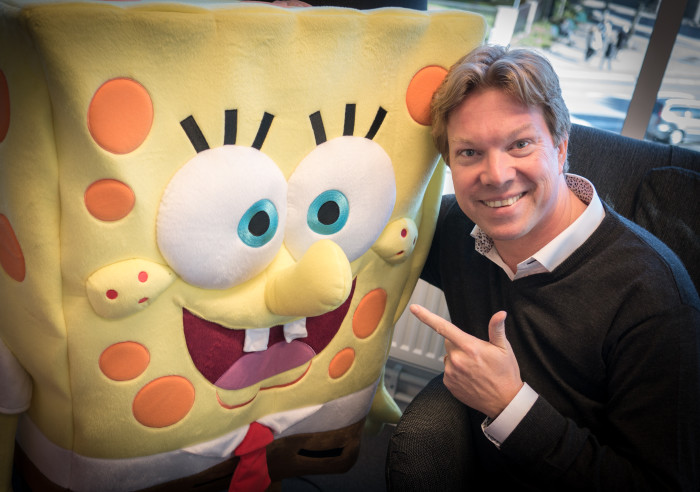 It’s late on a sunny afternoon and Rikard Steiber hasn’t yet had lunch. He arrives on the terrace of an L.A. restaurant  in search of food and a seat in the shade after a morning spent locked in meetings with studio execs.

Steiber (pictured), a former YouTube executive and, now, chief digital officer for the Swedish media company Modern Times Group (MTG) is in the U.S. to strike content deals. VidCon, the event he is attending on this day, gives him a rare window into the frenetic world of American fans and see up close what shows and talent are resonating with this year’s young and digital-only demographic.

His company already has first-pay window deals with the top five Hollywood studios, and that demand is only getting stronger as MTG (and its digital little sister, MTGx, of which Steiber is CEO) grows its audience, and its footprint, across Europe, and beyond.

With an SVOD service (Viaplay), an ad-supported VOD platform (Play) and the recent acquisition of two multi-channel networks (Zoomin and Splay), Steiber said MTG’s ambitions are, undoubtably, set firmly on winning a much broader, global market. In its Q2 earnings report this year, the company said total digital sales grew by more than 30%, with Viaplay on track for further growth following new partnerships with the likes of Apple TV, Nextgentel and 3. The company has also secured a number of long-term multi-platform content deals for the likes of NHL ice hockey in the Nordics and Champions League soccer in the Baltics and Finland.

Building up partnerships with major U.S. prodcos (as MTG did with Nickelodeon last year when it secured the exclusive stand-alone VOD rights to children’s programming for its Viaplay service) is a big part of that growth strategy.

“Our position is, we need to build capacity,” Steiber told StreamDaily. “The question is, How do you create great viewing which is not only on your (linear) channels but also on other platforms? And how do you create a place for advertisers to connect with all these different audiences across different platforms and help them monetize?”

Over lunch, Steiber mulled over those questions and more. The following is an edited transcript of that conversation.

MTG has recently moved to acquire, or at least, increase its investments in, European MCNs. Can you tell us more about what the MCNs add to the MTG network?

With Zoomin, it’s a scale game. Zoomin is generating some 400 pieces of content every day across multiple languages. This content generates some two billion video views every month and they reach 100 million YouTube subscribers. They also have deals with 2,000 publishers outside of YouTube, which include leading newspapers or Yahoo or AOL. They have so many (60,000) channels.

Splay is a little bit different. It is much smaller (about 100 channels), and much more about the top-ranking YouTube stars who are the most popular in their verticals – the biggest in gaming, for example, or the biggest in fashion. It’s more about treating talent like an artist, helping them to build their own brands and businesses across YouTube or Instagram. It could also be a book deal.

If you look at Zoomin, a significant portion of the traffic is related to the United States. We intend to grow it by making sure we (sign) more talent, and that we work with more publishers and more local advertisers. The U.S. is an important expansion market for us.

Has it been a difficult journey for MTG to transition from a traditional distribution/production model to digital?

Any change which is radical, where you need to some extent cannibalize your own business, is always hard because it requires a different skill set, a different cultural mindset. There are also completely different metrics to consider. You might have more views on digital, but the monetization models are very different. On the other hand, I do think media companies are in a great position because they know how to tell stories. They have content rights and access to brands and advertisers, and to an audience.  So I think they are in an extremely good position if they do it. The question is, can you do it before you get disrupted by some of these new players? It is not an easy journey, but I think most companies see that it needs to be done.

MTG appears willing to spend the money on digital right now. What’s been going on in that space?

We’ve built up a significant SVOD (presence through Viaplay). We have very strong growth in that business and we are the number-one local player (in the Nordic countries). On the Play-side, that started with TV content going online, we’ve learned a lot there and that’s where we realized what works on TV will still work online; however, there are other types of content that are going to be much more viewed. We are (still) learning and growing. When I came onboard MTG from YouTube, it was almost like a frenemy relationship (between digital and traditional). But now we know that we need to embrace (digital and mobile) platforms and see how can we work with them to our advantage, whether it’s streaming content before a linear show, or promoting engagement (online) during the show.

What is the digital reach of MTG?

For digital, we have a strong presence in the Nordics and some European markets, so we, of course, try to be very strong in these markets. When we do content deals, we can do it across pay TV, free TV, AVOD, SVOD — we have all the platforms so the deals we can make with Nickelodean, for example, or a sports broadcaster, are much better than they can do with just an SVOD (brand, such as Netflix), because they can only offer that one platform. However, for digital, it’s more about what are these verticals where we can have a global reach. That’s why the U.S. and English-speaking markets are so important.

How exactly does English content work to your advantage?

There are lot of global web stars who are doing content that has global appeal and English is important. People grow up with English. We may localize certain shows like sports, where the commentary may be in the local language. But if we don’t have that translation, people will still enjoy it. It doesn’t matter if (the content creators) are in Korea or Mexico. It’s about finding the verticals where the new generation really want to engage in the content.

What are the content trends in 2015? What are you buying?

We are interested in anything gaming or e-sports related, and all the key verticals where we can have not only TV content but also (YouTube) stars talking about, like food, or fashion or lifestyle.