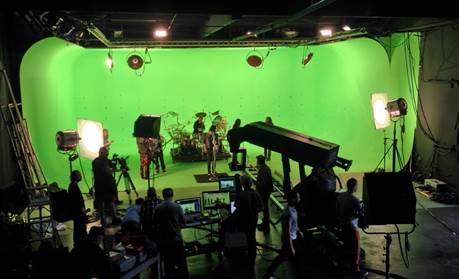 Creators now have access to the 150,000-square-foot studio in L.A., more than three times that of the YouTube Space in that city.

Thunder Studios has racked up an impressive resume over the years, with the likes of Beyoncé, Daft Punk and Funny or Die shooting material at its commercial studio.

It’s hoping that its size will give it a competitive edge against the likes of YouTube.

Thunder’s studio space provides more than 150,000 feet of creative and production space (floor plan pictured below). In a media release, the company directly compares the studio to YouTube’s L.A. Space, which provides creators access to just over 40,000 square feet.

(The full-service Starbucks inside Thunder Studios might be a bonus, too). 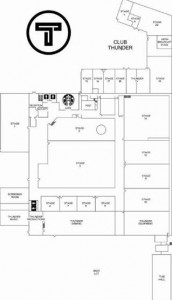 But even with the square footage on its side, unseating YouTube Space studios as a favorite for creators could prove challenging for Thunder, as the Google-owned digital video platform seems to be constantly adding to its infrastructure and creator resources.

The L.A. YouTube space will be the set of an upcoming episode of The Late Late Show with James Corden which will feature appearances from YouTubers Jenna Marbles, Tyler Oakley and Kandee Johnson, among others.

Thunder’s digital studio will offer studio and stage rentals, a VR studio and a music-recording studio, among other resources. There will be associated costs with the use of such resources, however no exact costs have been made public.