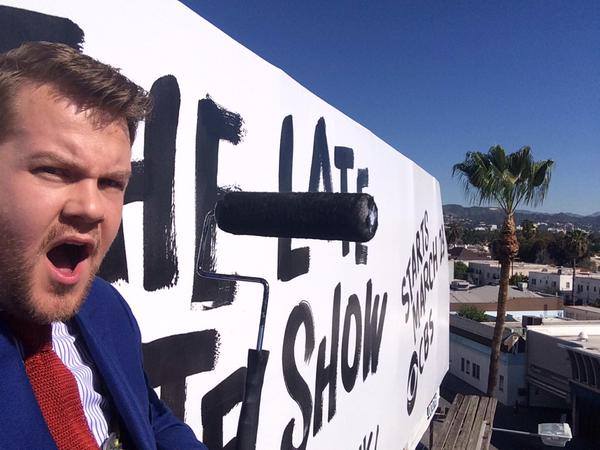 YouTubers to take the stage on The Late Late Show

Is an appearance on a television late night talk show the first sign that you’ve really “made it” as a celebrity?

If it is, then Jenna Marbles, Tyler Oakley, Kandee Johnson and several other YouTubers are in for a treat. On Aug. 21, The Late Late Show with James Corden will feature a roster of high-profile YouTube guests. In keeping with the YouTube theme, the episode will be shot in the Los Angeles YouTube Space. (Yet, ironically, the episode will air in a linear format on CBS).

Also featured in the episode will be The Slow Mo Guys, and Peter Shukoff and Lloyd Ahlquist, creators of Epic Rap Battles of History.

Many of Corden’s guests are arguably already stars, at least in the digital world. Jenna Marbles (real name Jenna Mourney) has been vlogging since 2009 and has earned more than 15 million subscribers on YouTube. Oakley (vlogging since 2007) boasts 7.2 million subscribers. He also recently inked a deal with Simon & Schuster to publish his first book, Binge, due out in October.

Not only does the Epic Rap Battles of History channel boast 13 million subscribers, but Shukoff and Ahlquist are set to embark on a U.S. and European tour starting Aug. 16.

Corden isn’t the first late-night host to interview YouTubers. Freddie Wong appeared on Conan in 2014. Daytime talk show Ellen also often features talent discovered through YouTube (such as rock group Walk Off the Earth, known for its five-person/one-guitar rendition of “Somebody That I Used to Know,” or five-year-old hip-hop dancer Heaven). Meanwhile, late night host Jimmy Fallon often engages his audience in “YouTube challenges,” such as the annual Halloween candy prank.

However, the upcoming episode of Corden’s show is a reflection of how relevant YouTube has become in the traditional entertainment world.

“YouTube has become a big part of the late night television experience,” said Late Late Show executive producer Ben Winston in a statement. Winston promised that the show will be packed full of “surprises, games and music.”

Since Corden took the helm of The Late Late Show in May 2015, the show’s new YouTube channel — launched in the same month — has grown to more than 850,000 subscribers, with hits including “Justin Bieber Carpool Karaoke,” which earned more than 31 million views.