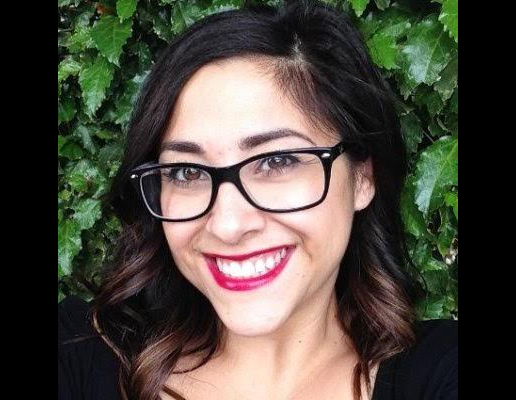 YouTubers and other online creators are today’s big stars and just as worthy as supermodels and actors of gracing the covers of the glossy fashion magazines, according to Melody Hammer.

That’s why Hammer, the new VP of lifestyle at Collective Digital Studio, is all about elevating digital creators, and their content, to what she says is a more “aspirational” level.

“It used to be that people would look up to (actors) and models and think, ‘Oh, that’s nice, but I could never look like that.’,” said Hammer in an interview with StreamDaily. “Then YouTube came along and it was very much the ‘every girl’. Now we’re at a stage of finding that middle ground — still, everyday people you can have a connection with, but not just sitting in their bedroom talking.”

Prior to hopping onboard with Collective, Hammer served as the chief creative officer for Seventeen magazine’s YouTube channel. There, she helped to re-launch the channel in a bid to offer more than behind-the-scenes footage of what appeared in the magazine. Within her first eight months, the channel’s viewership expanded to 430,000 subscribers and 115 million views.

It was also during her time at the magazine that Seventeen put its first YouTuber on the cover: Bethany Mota, whose channel boasts more than 9 million subscribers.

“It was through my work with Seventeen that I was really able to show that YouTubers are the next stars,” said Hammer.

Now, in the newly-created position with the Los Angeles-based MCN, Hammer is charged with developing strategy for the very content that makes certain YouTubers’ stars.

As well, she will oversee Project Beautiful, a CDS brand that focuses on makeup, fashion and beauty, along with the I Love Makeup channel, which features work from more than 200 of Collective’s creators. Hammer will also work on fostering branded-content initiatives across lifestyle channels (a vertical that has increasingly moved towards brand-creator partnerships, such as StyleHaul’s new scripted series Vanity, a collaboration with Maybelline.)

Hammer said the key to developing strong branded content is to do so in a way that doesn’t distract from the creator’s persona.

“I think the key thing that people could be doing better is to develop a multi-pronged, more social strategy,” she said. “You could, for example, integrate the product to the creator’s content in a really natural, more minimal way, and then link it to ancillary content on another page or channel that goes more in-depth.”

She added that a lot of creators balk at the idea of aggressively integrating branded content, noting, “Those who have built their audiences from scratch don’t want to sacrifice their audience for a paycheck.  Some of them won’t even agree to use a product if they’ve never used it before themselves.”

“I think YouTube will always be number-one for lifestyle,” she said. “But other platforms are really useful for different things. Periscope is a big one — people want to see people in real life and real time.”

She also predicted that Snapchat will become increasingly popular for lifestyle creators. “As creators learn to tell stories, I think we’ll see more of them using Snapchat.”

Hammer has already begun her work at Collective and is working from the MCN’s office in Beverly Hills.