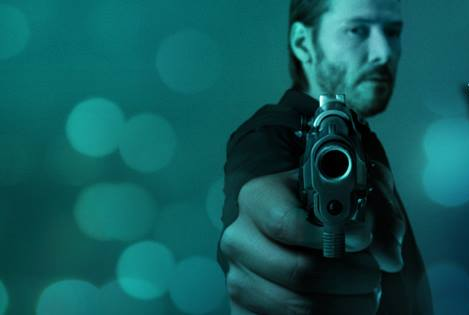 John Wick VR game coming, along with a promotional short

The game is one of many virtual reality projects set to drop in 2016 - the year many experts predict a surge in demand for the technology.

It’s not unusual for action films to be made into video games (see: The Avengers).

But the developers behind the 2014 action film John Wick are looking to make their movie stand out from the crowd by creating a virtual-reality game.

Prior to the release of the game, which is currently set at spring of 2016, a promotional VR short will be featured at upcoming stops on the HTC Vive World Tour in San Francisco, Portland, Seattle, Berlin and Paris. The tour is already underway.

The game was developed by Starbreeze with virtual-reality work completed by Wevr, a Venice, California-based VR studio and Santa Monica-based game developers Grab. The companies will work closely with Lionsgate, which produced the John Wick film.

A release announcing the game stated it will be available across “multiple VR platforms,” though no specific platforms (aside from the upcoming HTC Vive tour) have yet been revealed.

The game, a first-person-shooter format, will further the movie plot of John Wick, which tells the story of a retired hitman who embarks on a quest for revenge following the assassination of his dog. The film was well-received by audiences, with a score of 85% on RottenTomatoes. In 2014, the character of John Wick became a playable character in the video game Payday 2, also developed by Starbreeze.

Just six months ago, despite the increased availability of devices and content, VR still seemed like an experiment, still a far cry from legitimacy.

Experts, even those invested in the industry, admit virtual reality faced many hurdles, from the cost of gear making the technology inaccessible, to the difficulty of capturing and editing clean VR content — not to mention a lack of programming to watch.

But, these days, it seems one can’t go long without reading about another new documentary, series or even animated kids’ film being developed for VR. Some experts have predicted that Q1 2016 (around the time the Oculus Rift is set to finally release its viewing headset for consumers) will see a surge in demand for VR gear and content.

Short VR films (commonly referred to as “experiences”) such as the John Wick promotional short are becoming more common as promotional tools for movies, games and even arts organizations.

In June, L.A.-based interactive studio Secret Location embarked on a similar tour showcasing an experience based on the upcoming Insidious III film. It’s also recently completed work on a VR experience for the L.A Philharmonic, set to tour across California in the fall.