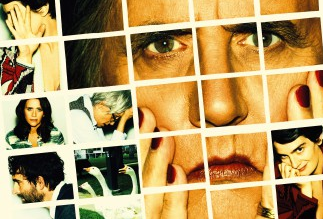 Is Amazon building an unscripted division?

Recent job postings (since removed) for Amazon Alternative may point to an investment in original unscripted content development.

The company issued postings for the positions in late July under the heading of ‘Amazon Alternative’, stating it “is expanding the way we think about content and moving towards unscripted television series,” and encouraging potential applicants to “come be a part of history as we change the way customers access and view content.”

Mysteriously, while both positions had only been posted for a matter of days, with the development and programming post the first to appear on July 27, both are no longer accessible via Amazon’s job sites or the myriad third party sites in which they had appeared earlier in the week. A cached version of the development and programming position can be seen here. Within that posting, which is still live on LinkedIn at press time, the company also acknowledged it was “developing unscripted television shows.”

It is unclear as to whether the positions have been filled. Repeated efforts to contact Amazon’s press department for more information on its plans for unscripted programming development and staffing but had not received a response by press time.

Amazon is currently generating buzz with its Studios and Prime video service through projects such as scripted series Transparent (pictured) and recent deals with Ridley Scott, Woody Allen and the former presenters of UK smash Top Gear. In 2014, Survivor and The Apprentice co-executive producer Conrad Riggs boarded Amazon as its head of television business and distribution, and in February of this year the company gave a series order to Alex Gibney’s docuseries, The New Yorker Presents, but not much more news has emerged concerning its unscripted programming ambitions.

In May, Bloomberg reported that Amazon would be dropping several Viacom shows, including such unscripted series as Teen Mom and Mob Wives, from its offering. The company has also recently declined to renew licensing deals with A+E Networks, Scripps and Discovery for unscripted titles. However, the postings this week for Amazon Alternative might point towards an investment in creating original unscripted content as a possible reason for those moves, rather than the “reality fatigue” cited by other news outlets.

Meanwhile, another online brand making further forays into the original content space, BuzzFeed, is also searching for producers with unscripted and documentary credentials.

The company is looking for a show producer with “experience working in unscripted, documentary and reality” to work out of its LA-based BuzzFeed Motion Pictures division, with the aim to “take our existing series and blow them up.”

Online video innovator Ze Frank was named president of BuzzFeed Motion Pictures in 2014, and, in an interview with Digiday last September, BuzzFeed Video executive producer Andrew Gauthier said the company had enlisted Henry Goldman to head its unscripted development team, with an eye towards creating “documentary-style content [that] may run for five to seven minutes or longer.” BuzzFeed recently debuted an episodic series, Real Mature, with each installment in the 15-20 minute range.

As an increasing number of online platforms expand their original content divisions, more television programming executives are making moves themselves to the digital domain, with a recent example being Susanne Daniels‘ move from MTV to YouTube as VP of originals.