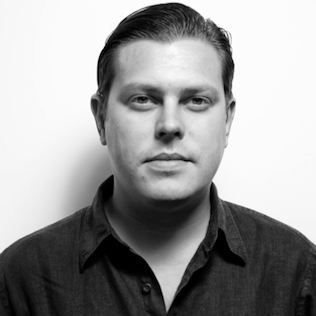 Opinion: When it comes to online platforms, one size doesn’t fit all

Rightster's Ben Lister talks about digital video viewing trends, Facebook's three S's and how brands can benefit by tailoring content to the service.

Millennials spend an average of almost 18 hours per day consuming media, according to a study by Crowdtap, with time spent on social media sites preferred over linear television, text and instant chat platforms.

So it should come as no surprise that social media providers are evaluating how they deliver content, and how they can expand their offering, particularly with online video. Video, in the right format, is the perfect medium to engage with this audience. Facebook and Twitter, in particular, are looking at how they can make their video offering more powerful.

A 2014 poll by Cowen and Company showed that 18 to 29 year olds in the U.S. spend an average of 51 minutes per day on Facebook — a huge amount of time. (The time spent by an average among adult across all age groups was 42.1 minutes per day.)

Facebook video has been a hot topic for the last few months, with the platform now receiving four billion video views a day. Facebook has even been encouraging users, when sharing YouTube links, to upload directly to Facebook, rather than being hosted on YouTube.

The much-discussed topic at Vidcon this year was around how content on Facebook needs to be short, silent and simple — that is, a simple message conveyed visually in the first three seconds of a video on Facebook that works with the sound off.  According to research by the Media Insight Project, 88% of millennials get their news from Facebook.

This is a generation that is used to quick content that is hyper relevant to them.

It seems that brands are currently content to join Facebook’s walled garden as sponsored links or interstitial images, but the opportunity exists today to use video programming from any campaign and re-apply it for optimal engagement and targeting on this platform today. With the engagement levels on Facebook and the broad demographic reach, this could mean we’re dealing with a superior video platform for marketers.

Twitter is also experimenting in this space and now features autoplay videos in user news feeds as part of an effort to take on sites like Google and Facebook. The same study from Cowen and Company shows that 18 to 29 year olds in the U.S. spend on average 17.1 minutes on Twitter. Autoplay is a way to grab a user’s attention and no longer rely on a person clicking on a video to have immediate, emotive impact.

Video for Twitter needs to be even shorter than on Facebook due to the nature of the platform, and bold in order to attract the attention of users in a busy timeline, when, as is clearly shown in the Cowen study, people use the medium in a much more sparing way.

Brands, content owners and creators need to be aware of these changes in behavior across platforms and adapt their content as necessary. If they can be nimble, flexible and have a deep understanding of their audience, they will have a much better chance of success.

Ben Lister is managing director, North America, at Rightster. He has more than 15 years experience in the evolution and commercial development of digital media deploying content and services across multiple platforms and business models.