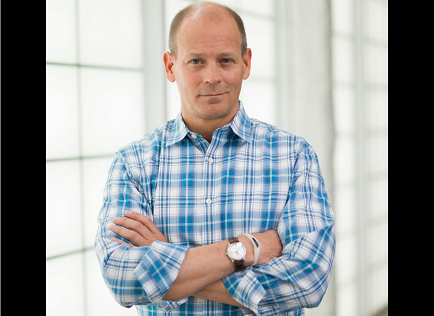 Parks new role will see him serve as the video-streaming platform’s executive chair. He will also oversee content distribution and monetization strategies for the company.

Before taking the job, Parks (pictured) spent more than nine months with Pluto as an adviser to the board.

Parks worked at Spotify from 2010 to 2015. As chief content officer, it was his job to oversee content acquisition and distribution for the music-streaming service. Prior to that position he worked for EMI Music as SVP, strategy and business development, where he was tasked with responsibility for strategizing the distribution of EMI’s music and video library.

Ryan said hiring someone of Parks’ calibre is an indication of his company’s forward momentum. Pluto, which first launched in 2014, has struck content deals with big names including the MCN Maker Studios, Funny or Die and subscription services such as Hulu, he added. It’s also integrated live streaming from the likes of Bloomberg TV.

Now, he’s aiming for the company to provide a mix of both VOD and a viewing style that mimics linear TV (where users can either look up and select what they want to watch or simply pick a channel and watch scheduled programming).

“On-demand is great when you know what you want to watch,” Ryan said. “But there’s a lot of times when people don’t know what they want to watch. That’s why we see people watching five hours a day of TV.”

While the company won’t disclose metrics around subscribers or unique visitors, Ryan said “millions” of videos are viewed daily.

Pluto TV is a free, ad-supported video platform. The service aggregates videos and provides users with “channels” to watch. Those channels run across a variety of topics, from music videos to classic sitcoms and comedy shorts. The service is currently available online and as a mobile application, as well as on connected TV devices.