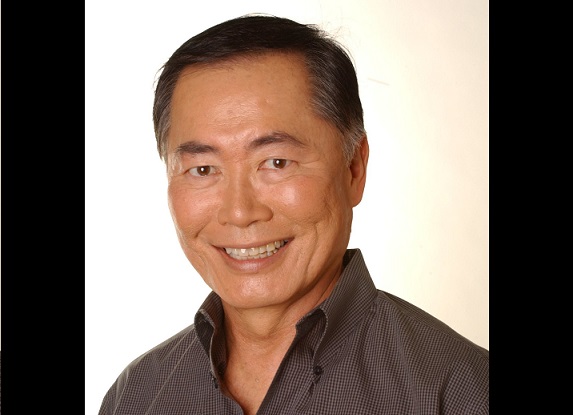 Oh my! George Takei doc to screen exclusively on Facebook

With more than 8.8 million "likes" to his name, the former Star Trek star is using the platform to document his trek to Broadway.

Facebook may have a lot of work to do to unseat YouTube as the reigning online video service, but the platform appears to be moving forward, having just pulled in a big name in the social-media sphere.

George Takei, an avid Facebook user and actor best known for his role as Mr Sulu on the original Star Trek series, recently uploaded to Facebook the first episode of his documentary series, Allegiance: Trek to Broadway, which serves as a build-up for the actor’s Broadway debut in September.

The Broadway show, also titled Allegiance, is directed by Stafford Arima and written by Jay Kuo and Marc Acito and is based on Takei’s own experience in an internment camp for Japanese Americans during World War II.

The first episode of Allegiance: Trek to Broadway was uploaded to Takei’s official Facebook page on Aug. 3. In the first episode, Takei talks about his motivations for developing the musical, and the process of taking it from idea to stage production.

The remaining 10 episodes will be released on Facebook every Monday.

Since launching his Facebook page in 2011, Takei has built a large online following, even among those too young to remember him as Sulu. More than 8.8 million people “like” Takei on Facebook — more than Ringo Starr, Tyra Banks and even YouTubers like Smosh. He’s known for his daily posts of everything from cat and kid videos to passionate pleas for social change, particularly related to LGBT issues. He also boasts more than 1.7 million Twitter followers.

Facebook has increased its profile as a video service and as a potential competitor for YouTube. It will still have a long way to go to come close to YouTube in terms of videos uploaded and watched, but a recent Q2 financial earnings report from Facebook stated that “billions” of videos on Facebook are watched every day (though no specific numbers were revealed).