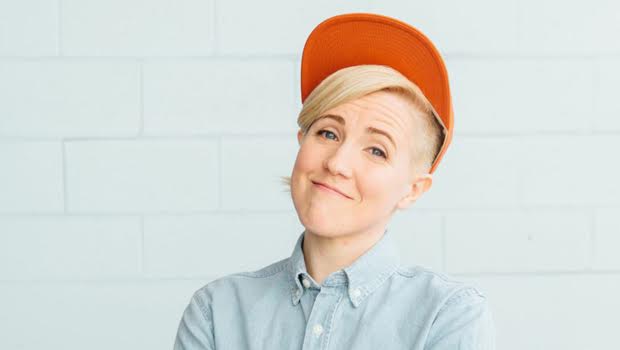 The MCN will spearhead brand integrations and media opportunities for the YouTube star's digital properties, including new programming initiatives.

Hannah Hart, a YouTube creator with an avid following of 2.2 million subscribers to her channel, has signed a multi-year strategic partnership with Kin Community.

Under the deal, the L.A.-based MCN will spearhead brand integrations and media opportunities for Hart’s digital properties. As well, the network will provide production support for new programming initiatives, the company said in a release.

Sarah Passe, VP of business development for Kin, said the deal was “a long time in coming.”

“(Hart) has been instinctively evolving to be a lifestyle brand and her audience is really looking to her to be a leader in the lifestyle space and that has been exciting for us to watch,” said Passe in an interview with StreamDaily.

“With her recent growth, she definitely wanted to surround herself with partners that can help her take her business to the next level and we’re glad that we were all aligned in our goals,” she added.

Even for those unfamiliar with the YouTube space, Hart’s name — and face — is probably familiar. Selected by YouTube to be part of the platform’s 2015 national promotional campaign, Hart’s image can be seen on everything these days from the side of buses to billboards to the recorded advertisements displayed on the tiny screens in the back of New York City taxis.

The 28-year-old was recently named one of the top 25 digital stars by The Hollywood Reporter. She’s also a comedian, producer, author and actor (she starred in the film Camp Takota with fellow YouTuber Grace Helbig. The two are also paired in this year’s Electra Woman and Dyna Girl, a series by Legendary Digital and Fullscreen).

Hart rose to fame as the creator and star of a YouTube series called My Drunk Kitchen. Her book of the same title (My Drunk Kitchen: A Guide to Eating, Drinking, and Going with Your Gut), published in 2014 by Harper Collins, was a New York Times best-seller.

She’s also co-produced, created and starred in Hello, Harto, a show and tour for which she successfully crowdfunded $250,0000 to distribute 100,000 pounds of food to local communities. It’s those kinds of  philanthropic gestures, along with her reach among milllennials, that landed her an audience last year with President Obama at the White House.

Earlier this year, Hart was named one of Forbes’ 30 Under 30.

Hart is repped by Brent Weinstein at UTA, the talent agency through which Kin negotiated the deal, as well as Ken Treusch at Bleeker Street Entertainment and Ryan Pastorek at Morris Yorn.

Of negotiations, Passe said there is no set template or form for the parties to follow.

“It’s more about really thinking it through and building a partnership from scratch,” she said.

Passe said the deciding factor for both parties had to do with a simple truth: “You have to like the people you are doing business with.”

“I think we were both looking for somebody with a similar world view and similar way that we view the space and the opportunities,” she said.

Hart echoed that sentiment, noting in a statement, “I feel like their (Kin’s) values and partnerships align well with the Harto brand.”

Passe said no announces were immediately forthcoming on the kinds of projects or brand integrations that will be coming out of the partnership.

“We are working with (Hart) and her team to put together a slate of projects that brands will have the opportunity partner with her, and with Kin, on. She is really creative and has a lot of really cool things brewing and this partnership will really help activate those ideas,” she said.