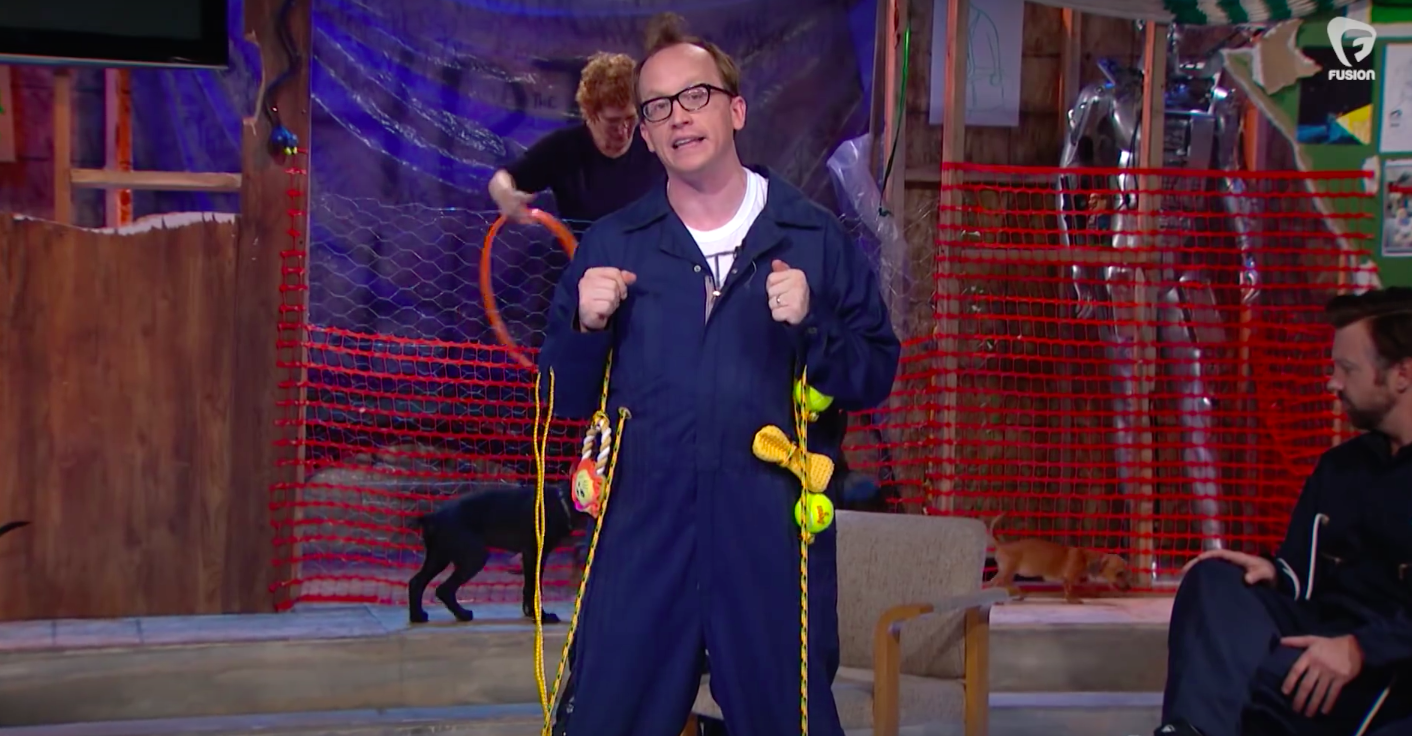 The linear and digital network plans to broadcast an episode of its wacky The Chris Gethard Show to VR headsets.

Fusion’s The Chris Gethard Show wants to continue to alter audiences’ reality with a new way to watch live programming. The show, which bills itself as the “the most unpredictable and interactive show on TV,” will produce one full-length episode in 360 so that people can watch at home on their VR devices, according to a release.

Working with L.A.-based Surreal, a video company working to create immersive video across multiple devices (including VR), it will also offer viewers behind-the-scenes access. It will be broadcast on Aug. 6 on the linear cable channel Fusion, as well as online.

“Audience interaction and participation has been a hallmark of The Chris Gethard Show since its inception,” said Wade Beckett, chief programming officer, Fusion, in a release. “We’re excited to…enter uncharted territory of interactivity, allowing viewers to have an even deeper personal experience with Chris and the TCGS crew.”

The content will be available for viewing on both VR headsets and on desktop and mobile in 360.

The VR technology received a fair bit of attention back in 2014 when Facebook purchased the then Kickstarter-funded Oculus Rift. Since then, the lack of content has been cited as a big barrier for achieving mass reach, though some estimate that the industry will be worth more than $6 billion over the next few years.

Plenty of big-name tech companies, including Samsung, Nokia and Sony, have since jumped into the fray with their own virtual reality headsets and cameras, though many devices still cost hundreds of dollars a pop, and there’s still very little content to stream (beyond some gaming extensions and traditional linear series add-ons, akin to the webisode phenomena of the early digital video streaming days).

Pixar animator Ramiro Lopez Dau has partnered with Oculus Rift studio to create an animated hedgehog short geared at children, while Nokia has recently launched a competition for VR content created by its Ovo 360 camera. However, it’s YouTube’s CEO Susan Wojcicki who offers the biggest hope for VR’s future. Last month, during her VidCon address, she announced increased support for virtual reality technology, including 360 video for advertisers (with the first campaign for Bud Light launched July 23), as well as plans to introduce 3D capabilities for creators later this year. It’s also equipped its YouTube Spaces across the world with Jump cameras, which allow for filming in 360.
“We’ve seen big-name artists like Avicii and Bjork do some breakthrough things with 3D video, but we want to empower all of you to chart this new frontier,” she said.