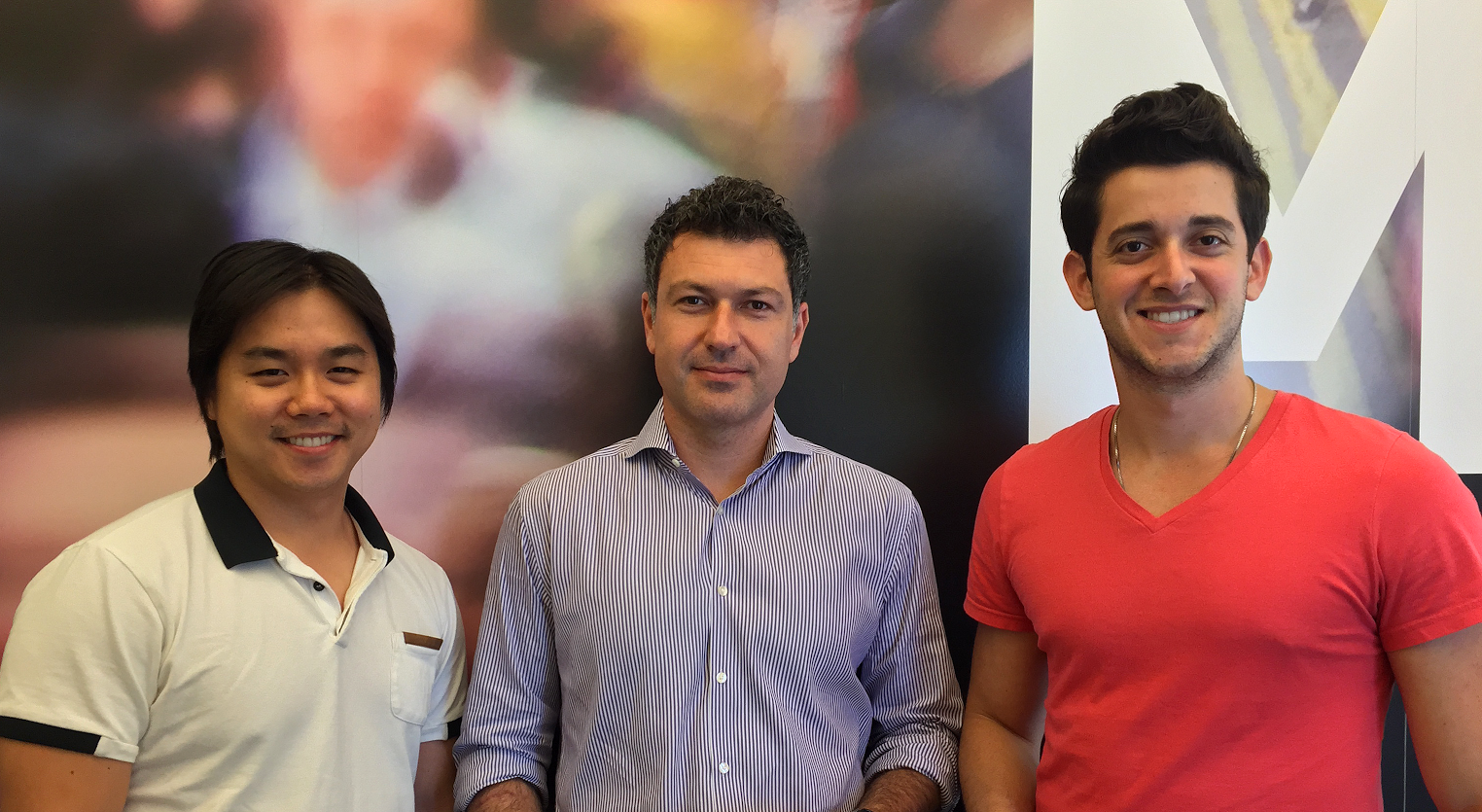 The niche SVOD service plans to use the money to hire key personnel as part of its bid to build its soccer content and subscriber base worldwide.

FuboTV, a niche OTT service for live and curated soccer content, is looking to expand after securing $4 million in Series A funding.

David Gandler, company CEO, (pictured, center) told StreamDaily the money will be chiefly used to hire the tech specialists, engineers, and product and business-development personnel, among other professionals needed to build out technical enhancements to its OTT multi-channel distribution platform, as it looks to increase both its paid-subscriber base and the number of content deals with linear networks.

“Given the growth trajectory that we are on right now, we are talking to partners…I think in the next six to eight weeks, we hope to be making a few major announcements,” said Gandler of the on-going discussions with networks.

FuboTV beta went live in November 2014 and officially launched in in the U.S. market in January 2015 after successfully raising $1.6 million in seed investment.

The company, based in New York, bills its service as the “Hulu for soccer,” providing subscribers with access to live games around the world and tournaments via linear cable networks, 24-hour club channels, TV series and news. The company currently carries more than half of the major international soccer leagues through agreements with TV networks such as belN Sports, GoITV and Benefica TV. Fubo also holds club partnerships with Ajax Amsterdam, Borussia Dortmund and Everton.

The company currently has 160,000 registered users of the service to date. Gandler said the number of paid subscribers is less than that. The idea is to eventually reach a worldwide audience with the service. The U.S. market has 60 million soccer fans, with the sport attracting about 3.5 billion fans around the globe.

Unlike other sports like basketball and football, however, soccer content is fragmented by geography. Every streaming deal requires a specific carriage agreement with TV networks in different territories, said Gandler, who formerly worked in the linear television market for companies including Comcast and Time Warner.

“It’s not like Netflix where, say, you have (the series) Marco Polo, and say, ‘I am going to do a deal with 90 territories.’ It’s not like that. Because the rights (to soccer content) are so different in every country, we have to go country by country to do these deals,” he said.

Fubo is currently available by subscription (at a cost of $6.99/month) on desktop via Fubo.tv, or mobile through Amazon Fire TV, Android phones and tablets, Chromecast, iPad, iPhone, Kindle Fire and Roku.

Gandler said, so far, all subscribers are in the U.S., but added that the company is currently examining “expansion opportunities” outside of the U.S. as a kind of test market for proof of concept.