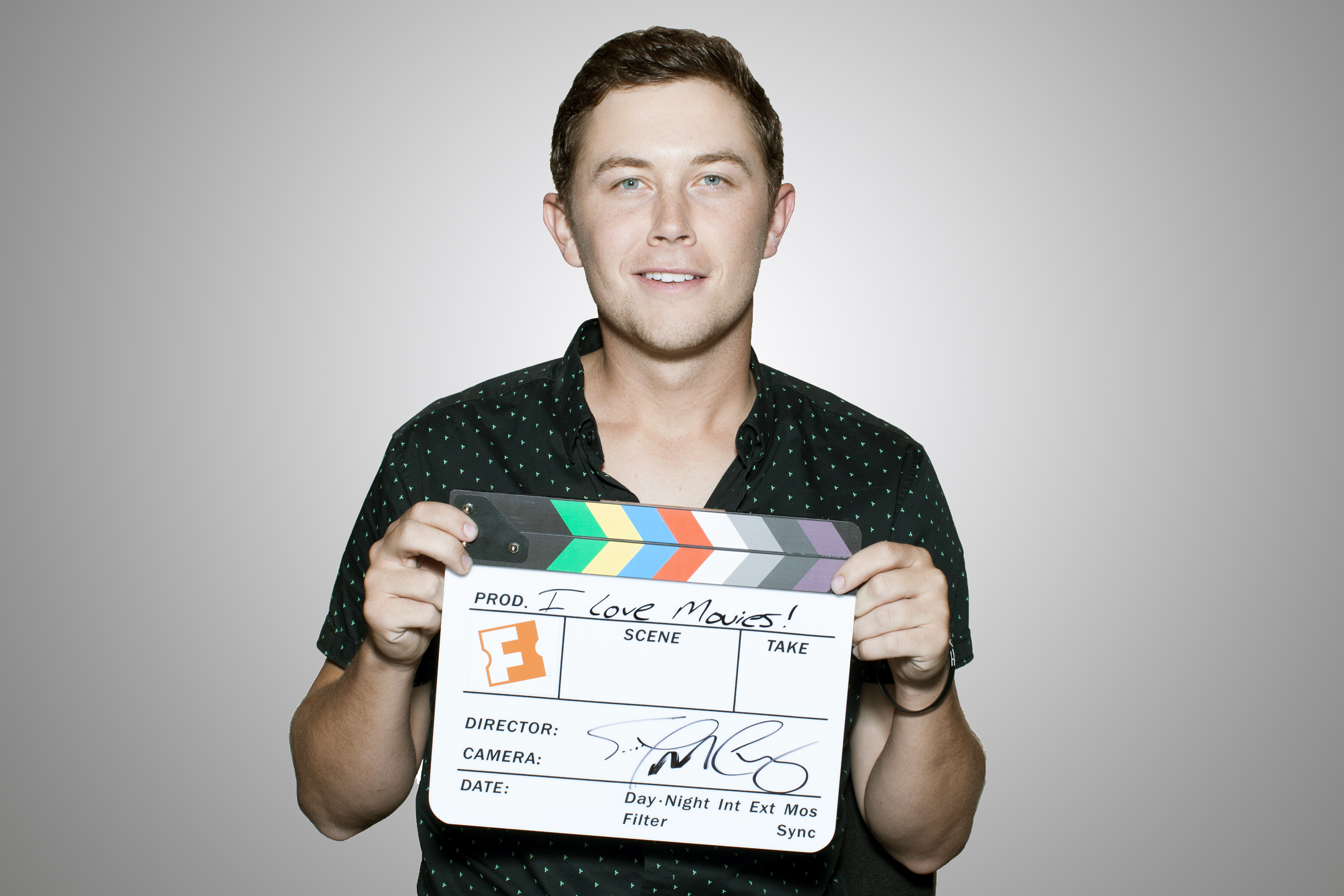 Fandango heads down the country road

Brad Paisley and Scotty McCreery share their favorite flicks in the latest I Love Movies, as the online content producer eyes the hip-hop market.

The digital movie clip hub and ticket seller is kicking off its next edition of I Love Movies with a country-star-studded line up.

The four new episodes feature singers such as Brad Paisley, Scotty McCreery (pictured), as well as band Maddie & Tae and Old Dominion. Each artist will curate his or her favorite flicks (Paisley’s is It’s a Wonderful Life, in case you were interested), with the footage captured during the CMA Music Festival in Nashville earlier this summer.

The series bows in conjunction with the linear TV special CMA Music Festival: Country’s Night to Rock, which airs Aug. 4. At the awards, it will also do a second round of country-themed movie discussions to air later in the month.

It’s not the first time Fandango has partnered with country stars — Reba Macintyre has graced the small screen, talking about her favorite flicks. During the CMAs, Fandango aired the Reba clips during breaks between sets, Sandro Corsaro, chief creative officer at Fandango told StreamDaily. “And it’s pretty amazing to watch 60,000 people just explode when she comes on the screen.”

Country music has a deeply ingrained story-telling bent, which makes the genre a good fit with movies, said Corsaro. The audience, which is quite large, especially in the U.S., is also shifting younger, making it a good partnership, so Fandango approached the CMAs for a partnership.

Fandango will continue to do general I Love Movies, but, increasingly, the brand will tap into different categories to help build out its profile. Next up, it’s planning an hip-hop themed I Love Movies and will hit up the Toronto International Film Festival in September, which will be the first time the series will tap people in the movie space to discuss their favorite flicks.

Fandango, which has traditionally sold movie tickets online, has been bolstering its original content capabilities as of late, having acquired YouTube channel Movieclips in 2014. Since then, the company has branched into “all things movies.”

“What we want to do is help drive more ticketing, help drive the box office, put more butts in the seats. The more we can interact with consumers, the more people can come through (us) to buy tickets,”  Fandango’s head of marketing Adam Rockmore, previously told StreamDaily.