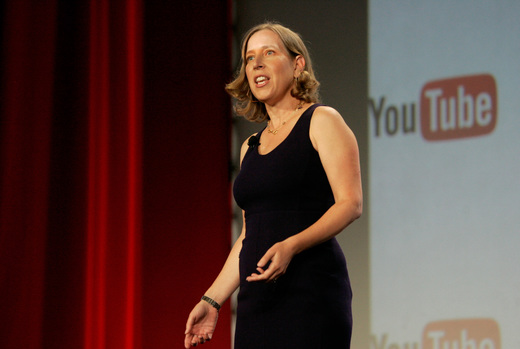 The changes come as the streaming platform looks to strengthen user loyalty by offering creators more control over content and comments.

With competition heating up from the likes of Facebook and Vessel, YouTube has unveiled new rules for its global network of creators that are designed to make the process of uploading easier and more user friendly.

One of the highlights of the changes to the streaming platform — which came into place in July — is an improvement to the ranking system for comments that aims to reduce the visibility of unwanted “junk comments” by internet trolls.

Previously, public comments were posted in chronological order. The only other option for creators was to remove the comments’ section altogether.

Now, in a ranking system similar to Reddit, comments can be “down-voted” or flagged for spam, allowing creators to send comments they don’t like farther down the list. According to a YouTube blog post announcing the changes, the number of “disliked” comments on YouTube has dropped more than 35% in the weeks since the new system began its roll out.

Creators also have more freedom to moderate and approve comments they like, and block comments that contain select words, such as profanities.

Other changes mean users no longer require a Google+ profile to upload, comment or create channels.

Creators had been asking for these controls for some time, a YouTube rep wrote on the company blog. The changes come as YouTube looks to firm up the loyalty it’s built with creators over the past 10 years. Upstarts like Vessel, which launched in January, have been making inroads into the video distribution market, offering creators a bigger cut of revenues than YouTube does, in exchange for a 72-hour exclusivity window for uploaded content. Vessel’s revenue split with creators is 70/30, while YouTube’s is 55/45.

At the same time, Facebook has been ramping up its own video strategy. In a recently released earnings report for Q2 2015, the social network reported big financial gains in part due to the “billions” of hours of video that are watched every day from its site.

YouTube’s dominance isn’t immediately under threat.  At the VidCon fan-fest earlier in July, YouTube CEO Susan Wojcicki (pictured) unveiled the first round of changes to the platform, including 360 and 3D support for videos and advertisement, and offered a slew of statistics highlight YouTube’s continued popularity.

.@SusanWojcicki at #VidCon: People are spending more time than ever enjoying @YouTube on mobile. #BrandsAtVidCon pic.twitter.com/r3ZtYpwIFy

But that doesn’t mean the company doesn’t have its eye on the future. Much of Wojcicki’s keynote speech at VidCon was focused on a creator-centric vision for the platform, a theme that underscored the company’s ultimate vulnerability: “YouTube succeeds only if our creators, succeed,” she said.