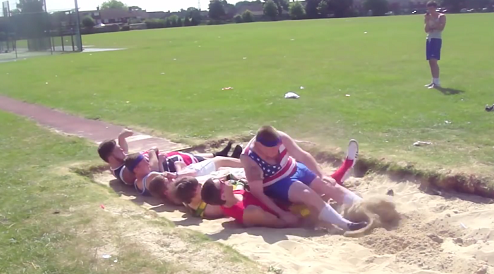 The fast-growing entertainment company intends to use the money to fund its own investment into technology and original content production.

Fresh off a content and distribution deal with Tiny Riot to grow its Pet Collective channel, Jukin Media has announced another partner. This time it’s Samsung Venture (the investment arm of Samsung), that’s come onboard with a show of support for the expanding media platform in the form of a $2-million injection.

The new capital will provide “financial flexibility” for Jukin to continue its growth, but there’s no sense of urgency to spend, according to the L.A.-based company.

Lee Essner, president and COO of Jukin, said in a statement the company is profitable on its own, with several revenues stream to draw from. The money from Samsung will give Jukin “maximum flexibility” to expand its own investments into technology and original content production, “both of which have been pivotal factors in our sustained growth,” he said.

For its part, Samsung executives like what they see of the Jukin’s business model, with Thomas Jueng, senior manager for Samsung Venture, noting the platform’s “significant intellectual property portfolio in the form of owned and operated brands”, as well as its “impressive” video library.

Jukin has built its business by finding and acquiring user-generated videos online, and monetizing that collection through licencing and packaging deals with linear television companies and online video platforms and OTT services.

Jukin’s FailArmy brand, showcasing people’s epic falls and fails, has, so far, racked up more than 7.9 million subscribers and 1.7 billion views on YouTube. A linear version of FailArmy is also available in the U.S. and international markets. The company has similar plans for The Pet Collective, a channel it recently acquired in a partnership with Tiny Riot (Fremantle North America’s digital content studio). It features a library of classic and viral pet-centric videos.