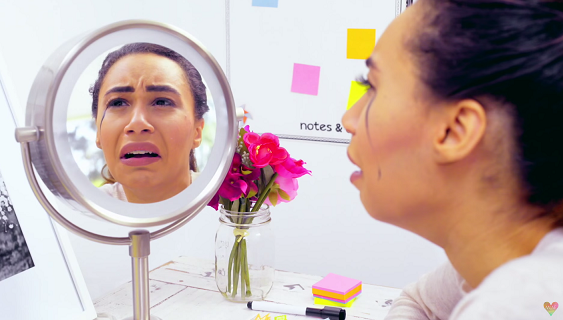 Fullscreen goes all out with Girls Night In

Six YouTubers from the MCN, including the popular Eva Gutowski (MyLifeAsEva), will embark on a U.S. tour in September.

Lifestyle and fashion vloggers Eva Gutowski, Meredith Foster, Alisha Marie, Meghan Rienks and Mia Stammer (along with musician Andie Case) are hitting the road — and inviting their fans for a night in with the girls.

Fullscreen Live, the touring division of Fullscreen, announced the six beauty influencers will embark on an American tour, “Girls Night In.” The live tour will feature comedy routines and music on stage, meet-and-greets with fans and Q&A sessions.

Much of the tour will focus on female empowerment, according to Fullscreen.

The six women have 12.7 million subscribers among them.

They’ve also been branching out. Most recently, Gutowski wrote and produced a satirical music video entitled “Literally, my Life” (pictured)  which reached the top spot on the iTunes comedy charts the day of its release, according to Fullscreen.

The tour will kick off in September, with ticket pre-sales starting Thursday, July 30. The first show will take place Sept. 22 in Anaheim. 20 stops are included on the tour, with tickets for the Anaheim event ranging from $25 to $45.

Fullscreen’s MCN includes more than, 65,000 creators, including Grace Helbig and the Fine Bros.

YouTubers are proving to be just as popular online as they are offline — Lilly Singh (IISuperwomanII) recently concluded a world tour, and Helbig has twice embarked on a national comedy tour with fellow YouTubers Hannah Hart and Mamrie Hart.

The tour comes on the heels of VidCon, an annual, fan-focused conference held in Anaheim that showcases the rising power of the digital industry. For anyone in doubt of the growing reach of YouTubers, particularly among the tween crowd, this year’s record-breaking cellphone wave event (held July 25) might put an end to the hesitation. More than 2,000 fans turned on their phone flashlights and briefly held them above their heads in quick succession, creating a wave of light. The event was adjudicated by RecordSetter co-founder and CEO Dan Rollman.