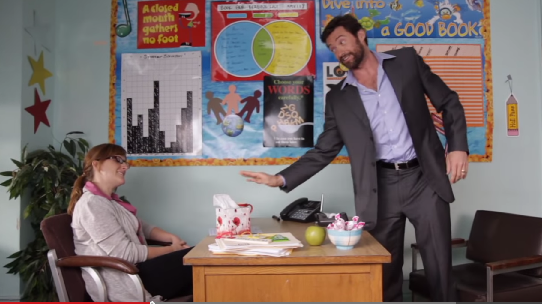 CollegeHumor heads Down Under

The launch of the comedy network in Australia marks the first, but likely not the last, time the brand will develop local content outside the U.S.

CollegeHumor is heading Down Under following a partnership between Electus Digital and Turner International.

The launch of the Aussie-specific brand marks the first time CollegeHumor will develop content for a market outside of the U.S.

CollegeHumor is already the most-viewed comedy network on YouTube with 9.8 million subscribers and 3.75 billion views to date. The brand also has a strong presence online through CollegeHumor.com and social media (5.4 million “likes” on Facebook and 820,000 followers on Twitter).

About 40% of CollegeHumor’s total traffic currently comes from outside the U.S., according to Shane Rahmani, GM of Electus Digital and CollegeHumor.

(IAC’s Electus Digital is a media and entertainment company in New York and Los Angeles that is comprised of the websites CollegeHumor.com, Dorkly.com and WatchLOUD.com, as well as the film and television prodco Big Breakfast.)

Australia is one of the brand’s key international markets, reaching one in four young men in that market off the back of the brand’s large U.S. presence. It also has a strong footprint in Canada, India and the U.K.

Rahmani told StreamDaily the decision to move further into the Australian market will allow the brand to expand its viewer base at a faster pace, while, at the same time, increasing its appeal to advertisers.

“We invest a lot of time and energy into great content, but we don’t always have the opportunity to generate revenue with it because we don’t have expertise in those (local markets),” he said.

The partnership with Turner “is really about taking the most advantage of the investments we’ve made in that content.”

Besides, said Rahmani, who, true to the brand, couldn’t resist a joke, “who doesn’t want to be a global comedic superpower? That’s the aspiration of every media mogul from here to Australia and back.”

Turner — known for its brands CNN, Cartoon Network, Boomerang and TCM — will be responsible for editorial development as well as growth and monetization of the CollegeHumor Australia website (CollegeHumor.com.au). Turner confirmed it has appointed Aussie advertising network Authentic Entertainment to manage CollegeHumor’s commercial operation in Australia, with the aim of connecting local brands with CollegeHumor’s sought-after 18 to 34-year-old audience demographic through advertising opportunities and branded content in the Aussie marketplace.

Giles Hardie has been appointed as the site’s managing editor. Hardie’s professional background includes comedy writing, performance and video production. He will work with Natalie Mayslich, senior director of strategy and operations, helped to orchestrate the deal. Along with Turner and Authentic teams, it’s their job to manage the partnership on behalf of Electus.