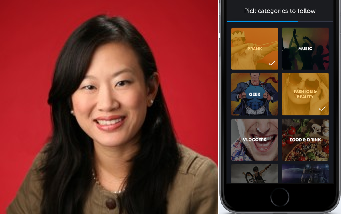 The former YouTube exec spent four years with the Google-owned giant, where she was head of originals and unscripted, among other roles.

Ivana Kirkbride, former head of unscripted with YouTube originals, has joined the team at Vessel as VP of content acquisition.

Thx for such kind words @akruglov! Thrilled to be joining your former team mates @Vessel with @jasonkilar.

Kirkbride (pictured) spent more than four years with YouTube, starting in 2011 as head of originals then moving into varying jobs, including global head of entertainment and content strategy, head of investment strategy, head of the YouTube content accelerator and head of unscripted originals.

Her move comes one week after Susanne Daniels, former head of programming at MTV came aboard YouTube as VP or originals.

Vessel is a San Francisco-based VOD platform launched in March by Kilar and Tom. It offers a two-tier subscription model with free, ad-supported content and paid premium content.

A Vessel rep said in an email that Kirkbride will officially join the company in August and will oversee Vessel’s efforts to bring new creators on board to its platform. She will work from Los Angeles.