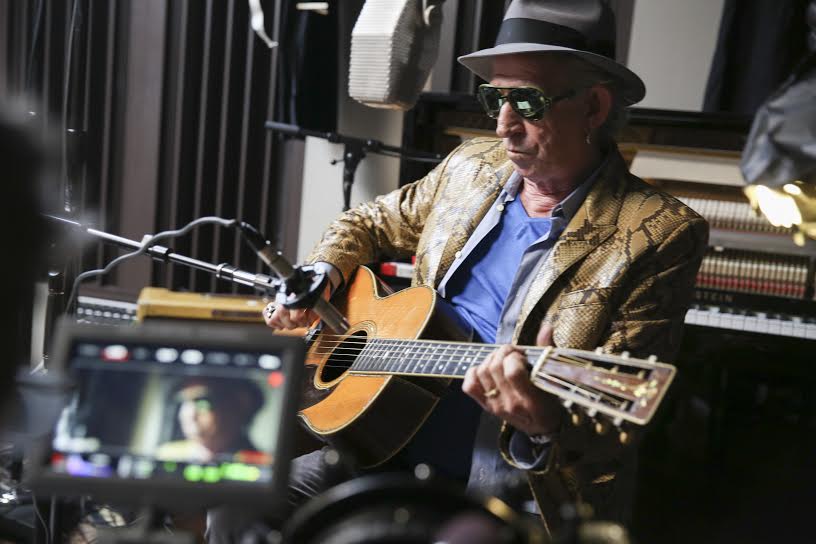 Keith Richards: Under the Influence comes to Netflix

The documentary is set to drop Sept. 18, and promises viewers an "unprecedented" look into the Rolling Stones guitarist's music.

“If there’s a Mount Rushmore of Rock ‘n’ Roll, Keith’s face is surely on it.”

That memorable quote comes courtesy of Morgan Neville, the Academy Award-winning filmmaker (20 Feet from Stardom, Best of Enemies) behind the new Netflix original documentary, Keith Richards: Under the Influence.

The doc promises “an unprecedented look” into the sounds and influences of the legendary Rolling Stones guitarist and the music that inspired him then and now, from electric blues and country honky-tonk to southern soul, and more.

It will be available to Netflix members worldwide as of Friday, Sept. 18.

Produced by Radical Media (What Happened, Miss Simone?, The Fog of War) and Tremolo Productions (20 Feet from Stardom), the film delves into Richards’ life as he creates his first solo album in 23 years, Crosseyed Heart, which comes out on the same day.

Through archival materials, interviews with friends, including Tom Waits, and intimate conversations with the musician and author himself, Neville documents Richards’ long and unusual journey from his early years with The Rolling Stones to his latest solo effort. The filmmaker followed Richards to Chicago, Nashville and New York.