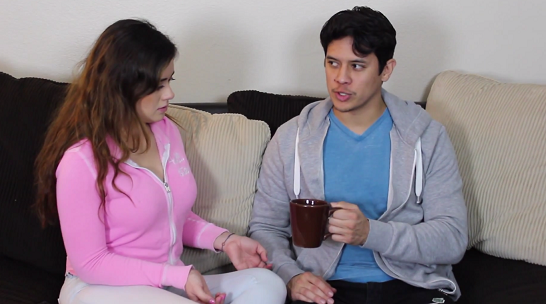 The new MCN aims to tap into a key audience of so-called "billennials" - bilingual millennials who, in this case, speak English and Spanish.

Univision Communication, a multi-media company that serves Hispanic Americans, is launching a new multi-platform network geared at its target demographic.

Univision Creator Network will focus on influencers who are making a name for themselves across multiple platforms, including YouTube, Vine and Instagram.

Creators already signed to the network include Supereeego (pictured; two million subscribers) and Space Jam Gardenz (740,000 subscribers). According to a Univision statement, the network already generates an estimated 118 million video views per month.

Though the majority of their content is produced in English, the network is looking to tap into a key audience of so-called “billennials” — bilingual millennials who, in this case, speak both Spanish and English.

“Billennials shift easily between both English- and Spanish-language worlds. They want to  consume content that is relatable, whenever they want and on any platform, especially mobile,” said Steven Benanav, VP of content partnerships and general manager of Flama, Univision Communications, in an email to StreamDaily.

The MCN will give its creators access to resources from the Univision studios in Los Angeles and New York, and provide them with revenue opportunities through sponsorship collaborations, community support and the opportunity to expand their respective brands across TV, digital radio and live events.

According to Benanav, the network has inked partnerships with T-Mobile and CoverGirl on branded campaigns for YouTube.

Digital networks, content and MCNs targeting Hispanic Americans, and Spanish speakers, in general, have been cropping up at exponential rates over the past year. Examples include the digital network TuYo, founded by producer Pete Salgado, PopSugar’s Latina network and a recent push from Defy Media and NBCUniversal for more Hispanic content.