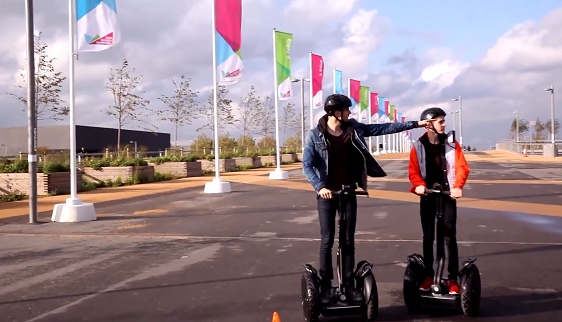 U.K.-based Little Dot Studios has brought onboard a slew of new hires to its production and brand partnership divisions, the company announced.

Dan Jones will join Little Dot as its director of content, Rich Payne as its head of social and Alex Hryniewics as head of multi-platform. All three men previously held positions at the linear television company Maverick Television.

In his new role, Jones will take responsibility for growing Little Dot Studios’ output with broadcasters and online commissioners, both in the U.K. and internationally. Payne will focus on growing broadcaster and advertising clients’ brand presence on social platforms, and Hryniewicz will head multi-platform production for brands and broadcasters, such as the new Channel 4 multi-platform education series, Am I Normal.

Little Dot was founded in 2013 by Andy Taylor and Selma Turajlic, originally as a studio to produce YouTube content for traditional Brit broadcasters, including ITV and Sky. Little Dot later began creating its own channels of original content, such as Daily Mix (pictured), Tonic and Dead Parrot.

Over the past year, Little Dot has produced original digital content for brands such as Samsung and Pepsi Max.

In an interview with StreamDaily, Taylor said broadcasters are taking note of the partnerships the studio has forged and the work they’ve done.

The company has been asked to use its digital expertise to bring interest back to linear (Taylor can’t name names yet, but said that Little Dot is currently in talks with two American broadcasters, to be announced in the coming weeks). That’s the reason behind the key hires.

“You’re starting to see cracks forming in linear,” said Taylor. “We’ve got broadcasters saying they want to keep young people watching television, so, through our content, the hope is to direct people back to television.”

According to Taylor, Little Dot acts as a promoter for linear networks and broadcasters by creating cross-platform and complimentary content which encourages viewers to watch linear content as well.

Taylor doesn’t think it’s a conflict to use digital platforms to create more enthusiasm for linear television, and said neither is taking an audience away from one and toward the other.

Rather, he said, “I think (digital and linear) can and should co-exist.”