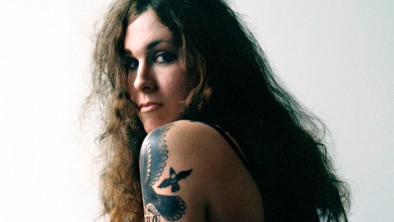 Netflix leads the digital pack with five nominations for the 36th Annual News and Documentary Emmys, to be presented Sept. 28.

It seems digital originals are not only growing their presence on the dramatic and comedy side of the Emmy Awards, as previously reported by StreamDaily,  but also on the news and documentary front.

Netflix picked up five nominations for the 36th annual News and Documentary Emmy Awards, with AOL accounted for two, but only one – its documentary series, True Trans with Laura Jane Grace, (pictured) – qualifying as digital, the National Academy of Television, Arts and Sciences announced July 22.

The Laura Jane Grace documentary is nominated for New Approaches: Arts, Lifestyle, Culture, and chronicles the gender switch of the lead singer of the punk rock band Against Me!, the former Tom Gabel, as well as other individuals.

True Trans with Laura Jane Grace, which first ran on AOL in October 2014, features Austin Reza as the director and Nate Hayden as executive producer. The doc was co-produced by AOL Studios in association with Reza & Company Productions.

The news and documentary ceremony will be presented Sept. 28 at the Lincoln Center’s David Geffen Hall in New York City. The complete list of nominees in 45 categories can be found here.

The 67th Primetime Emmy Awards will be held  Sept. 20.