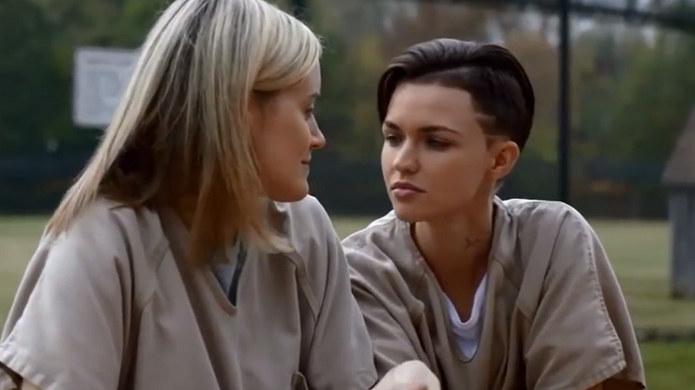 The new feature will allow users to skip a few clicks and get right to watching a series.

A new upgrade to the Netflix TV application may be minor, but it’s designed to get people into binge-watching mode with one fewer click.

Now, when Netflix subscribers select a title of a series (like the original series Orange is the New Black, pictured) to watch, the show will immediately begin playing while users have a chance to change the season, episode and other settings.

Prior to this upgrade, users had to pick their season and episode before the title would start to play.

In a corporate blog post explaining the upgrade, Netflix staff said: “We’re letting the content speak for itself by providing a more immersive and cinematic experience that best represents the capabilities and expectations of today’s TVs.”

The upgrade only applies to Netflix when watched through connected TV devices such as AppleTV or Chromecast.

Whereas the most recent upgrade in 2013 saw several upgrades to increase functionality including horizontal side-scrolling and more detailed episode descriptions, the new feature essentially just takes one click away. But Chris Ciaccia, tech news editor at TheStreet.com, thinks it makes perfect sense for Netflix to adopt the feature and stay ahead of the curb.

In an interview with StreamDaily, Ciaccia said it’s a further example of Netflix’ sophisticated understanding of its customer base, and what it takes to keep them on the platform.

Netflix still dominates the SVOD market by a large margin — in 2014, it was reported to hold 85% of market share.

Ciaccia thinks Netflix’s dominance in the market is evidence it is getting its business model right.

“They’re always trying to compete with other players in the market, whether it’s HBO, Hulu or other streaming companies,” said Ciaccia. “I think competition always starts with leaders, and then others following suit.”