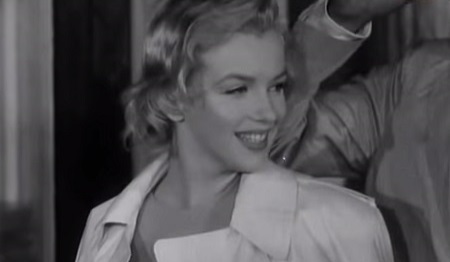 The Associated Press' archive service will upload more than one million minutes of historical footage to YouTube.

The Associated Press’ newsreel archive British Movietone have posted more than one million minutes of digitized historical footage on YouTube.

The uploads will be housed on each service’s YouTube channel and are to include more than 550,000 video stories spanning from 1895 to the present. Footage includes the San Francisco earthquake in 1906, the bombing of Pearl Harbor in 1941, Marilyn Monroe (pictured) in London in the 1950s and model Twiggy presenting the latest fashions in the 1960s.

“It will be the largest upload of historical news content on the video-sharing platform to date,” the companies said in a statement, adding that the footage was made freely available as “educational tools and a source of inspiration for history enthusiasts and documentary filmmakers.”

The Associated Press is the latest to plavix make a significant amount of footage available on YouTube. However, the company’s archival division has been slower to embrace YouTube than competitors such as ITN accutane on testosterone Source or Getty Images.

Many organizations with reams of archival footage make original clips available on YouTube to attract and guide visual researchers who now use the platform as a primary tool. Others post pre-packaged clips or thematic teaser reels pegged http://plavixgeneric-uses.com/ to timely news events or anniversaries.

Last year, the London-based archive British Pathé made headlines by uploading its entire archive – 85,000 clips containing 3,500 hours of footage – in high resolution to the video-sharing platform.