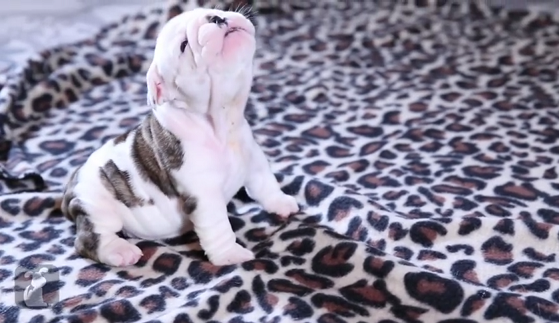 With 563,000 subscribers to date, Fremantle North America's digital studio is looking to accelerate the growth of The Pet Collective.

Remember Charlie, the shelter dog? A video of the little blond pooch capturing his physical transformation from scruffy to sleek that went viral after dropping on The Pet Collective’s channel last June. It has since been viewed more than 14 million times — enough to make Charlie an overnight YouTube sensation (and, notably, land him in a new home).

It’s not the first big YouTube success for The Pet Collective, a source of daily videos featuring animals of all kinds. (That wrinkly bulldog puppy has so far managed to baby-howl his way into more than 7.7 million homes).

And, now with a deal between Jukin Media and Fremantle North America’s digital content studio, Tiny Riot, it’s likely not to be the last.

Under Tiny Riot, which launched in 2014, The Pet Collective has grown to 562,705 subscribers and more than 170 million views. It also has a following on social media, including Facebook, where it’s garnered 523,000 “likes.”

The partnership with Jukin Media is meant to accelerate that growth. Jukin’s job is to acquire user-generated videos, and distribute them with an eye on driving up views and subscribers. The company’s library features classic pet-centric viral videos, and recent hits like “Pups running for dinner, timelapse style,” which has more than 11 million views.

From the moment she took the helm as GM of Tiny Riot, Gayle Gilman pushed for a pet-centric channel, acknowledging the genre’s ability to capture some of the highest views on the internet. Speaking to StreamDaily in 2014, she said the original idea was for the digital studio to create and distribute its own original content.

More than a year on, the strategy appears to have shifted. In a statement, Gilman said the partnership with Jukin Media will allow Tiny Riot to “continue to build the brand, and connect with every pet lover online via The Pet Collective.”

Tiny Riot also has content deals in place with Vice, StyleHaul and BroadbandTV. The studio also develops and produces its own original digital content.

Cameron Saless, Jukin’s chief growth officer, said in a statement the company is confident it can boost the popularity of The Pet Collective, using similar strategies it employed in growing brands like FailArmy. With user-generated videos depicting people’s epic falls and fails, the channel has racked up more than 7.9 million subscribers and 1.7 billion views.

The new partners said that while The Pet Collective videos will continue to be distributed primarily via YouTube and Facebook,  they will also explore new distribution platforms, including OTT and linear television.