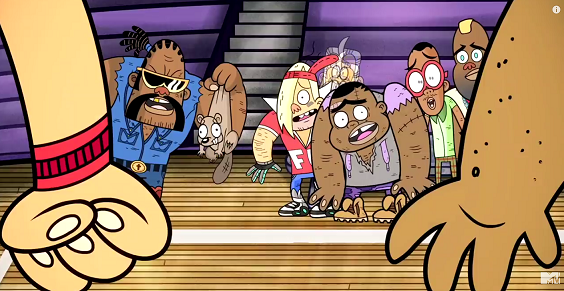 Football U, created and voiced by America's Got Talent host Nick Cannon, is an over-the-top take on the absurdities of college ball.

MTV (other) is hoping to score with another addition to its original programming line-up.

Football U, an animated comedy targeted at young adults, is the brainchild of comedian and singer Nick Cannon (former host of America’s Got Talent and MTV’s sketch comedy show Wild ‘n Out). Cannon provides some of the voice work in Football U, along with fellow Wild ‘n Out alumni DeRay Davis, Corey Holcombe and King Bach.

The full five-episode series became available on YouTube on July 21.

The show presents an over-the-top, satirical look at the world of college football, poking fun at the perceived absurdities of the sport. All episodes are under five minutes.

MTV (other) is MTV’s digital content studio, which was launched in 2013 and specializes in short-form content of varying genres. Recently, MTV (other) also released The Untitled Web Series That Morgan Evans is Doing for MTV and Decoded, as well as the third season of Braless.