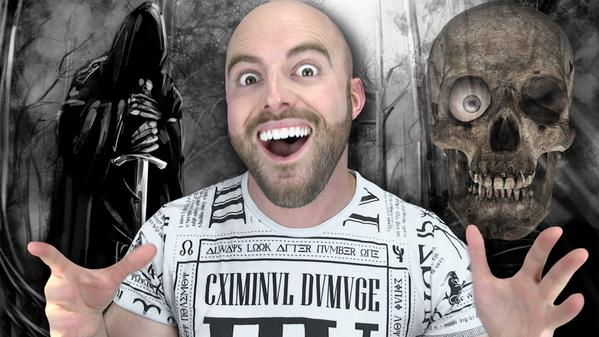 The 29-year-old trivia buff talks outside projects, the reality of burnout and just how much longevity he thinks his online career has.

Matthew Santoro first knew he’d “made it” on YouTube when he realized he was making as much money from his online videos as he had as a full-time accountant.

“After that, it became about more than my financial goals, but that was a pretty magical moment realizing that I could do this full time,” said Santoro.

The 29-year-old native of Toronto, Canada is known for his various videos about wacky facts and trivia, all recited with a high amount of energy and enthusiasm. Sometimes his collections of facts follow a particular topic (such as “The 10 most useless inventions ever created“) and sometimes there is no unifying theme.

In five years, those videos have helped Santoro reach 4.3 million subscribers on his main page (with an additional 500,000 on his personal vlog channel). He is currently signed with Collective Digital Studio (which recently merged with the German MCN Studio 71 to form Collective Studio 71), which also represents vastly popular creators such as RocketJump and Lilly Singh.

In an interview with StreamDaily, Santoro reflected on his success, his side projects (including an upcoming book), the burnout YouTubers can experience and why he’s sick of people asking him when he’s going to move on from YouTube.

“I get the question a lot, ‘What are your plans after YouTube?'” said Santoro. “To me, there is no ‘after YouTube.’ With its exponential growth over the last ten years — especially in the last five years — it’s clear that YouTube is the future.”

“To me, there is no ‘after YouTube.’ With its exponential growth over the last ten years — especially in the last five years — it’s clear that YouTube is the future.”

That’s not to say that he hasn’t branched out into other areas. Aside from his book — which will be a collection of facts and trivia not unlike his YouTube videos — Santoro said he is also in talks with two different television networks to potentially create a similar show on linear television (he was tight-lipped on which networks he was dealing with).

He’s also partnered with Quest Nutrition on their Food for Thought series, a food-themed series similar to his own “fast-facts” style. (The series reached one million views in eight weeks).

But, make no mistake, said Santoro. Those projects aren’t a YouTube exit strategy.

“That branching out isn’t for a safety net,” he said. “It’s actually to strengthen my YouTube presence. Every time someone discovers me on Snapchat or Periscope, it all funnels into my YouTube channel.”

Of course, being that active on social media can come at a cost.

When Santoro first started his personal vlogs on top of his main channel, he decided to produce one a day — and did so for a year and a half.

“Five-hundred and sixty videos in a row, that can really make someone tired,” he said.

He joked that he left accounting thinking that YouTube would be “easier,” only to find that YouTube could easily turn into a 24/7 job.

He said if he doesn’t make a conscious effort to put his phone down, he ends up working all the time because he’s constantly seeing opportunities to boost his profile.

Every once in awhile he feels a need to disappear and unplug.

“Once every six months, I kind of hit a wall. I have to make sure I’m allowing myself to have a work-life balance, to spend some time with my friends and family,” he said.

Recently, Santoro cut down on his daily vlogging (from seven videos per week to five) to focus on his main channel.

It’s a minuscule sacrifice, but it allows  him to keep pursuing his passion.

“I never take it for granted that there are people there who genuinely want to see my work, who choose to watch me,” he said. “That makes my job really, really rewarding.”