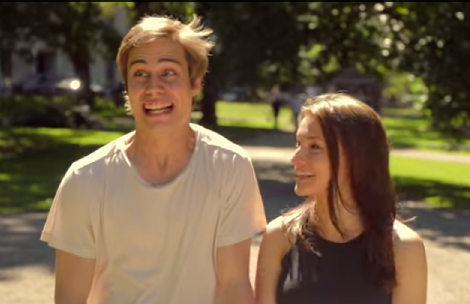 The expansion of the Swedish MCN comes on the heels of a major investment increase by global media giant MTG.

MTG, which itself has been growing its digital-media footprint, has increased its shareholding in the Swedish MCN to 81%, from 49%, the company confirmed.

“MTG’s continued investment in Splay makes it possible for us to continue building our brand, develop our talents and accelerate our international expansion,” said Sorman in a statement.

In two years, Splay has gone from small-time start-up (or, as Sorman descriptively referred to as “a basement company”) to a network that generates more than 120 million monthly views (an increase of 900% since 2014) across 430 YouTube channels.

(For comparison, the largest MCN’s in North America, including Maker Studios, AwesomenessTV and Machinima, have tens of thousands of creators and channels each, generating views in the billions).

The Swedish MCN has been growing its revenues, too. According to MTG, the network’s sales have seen a sixfold rise in sales in 2014 from a year earlier. Sales, generated largely from advertising and marketing campaigns involving Splay influencers and brands like Coca-Cola, Unilever, P&G, McDonalds and L’Oreal, are expected to double in 2015.

Jorgen Madsen Lindemann, MTG president and CEO, said the network’s “hypergrowth” since 2013 reflects a mass appeal of its content among a sought-after millennial (and younger) audience and huge potential for what he sees is a proven business model.

The investment is in line with MTG’s digital strategy “to invest in relevant, complementary and scalable digital content and communities. We are only just beginning to realize Splay’s potential,” he said in a statement.