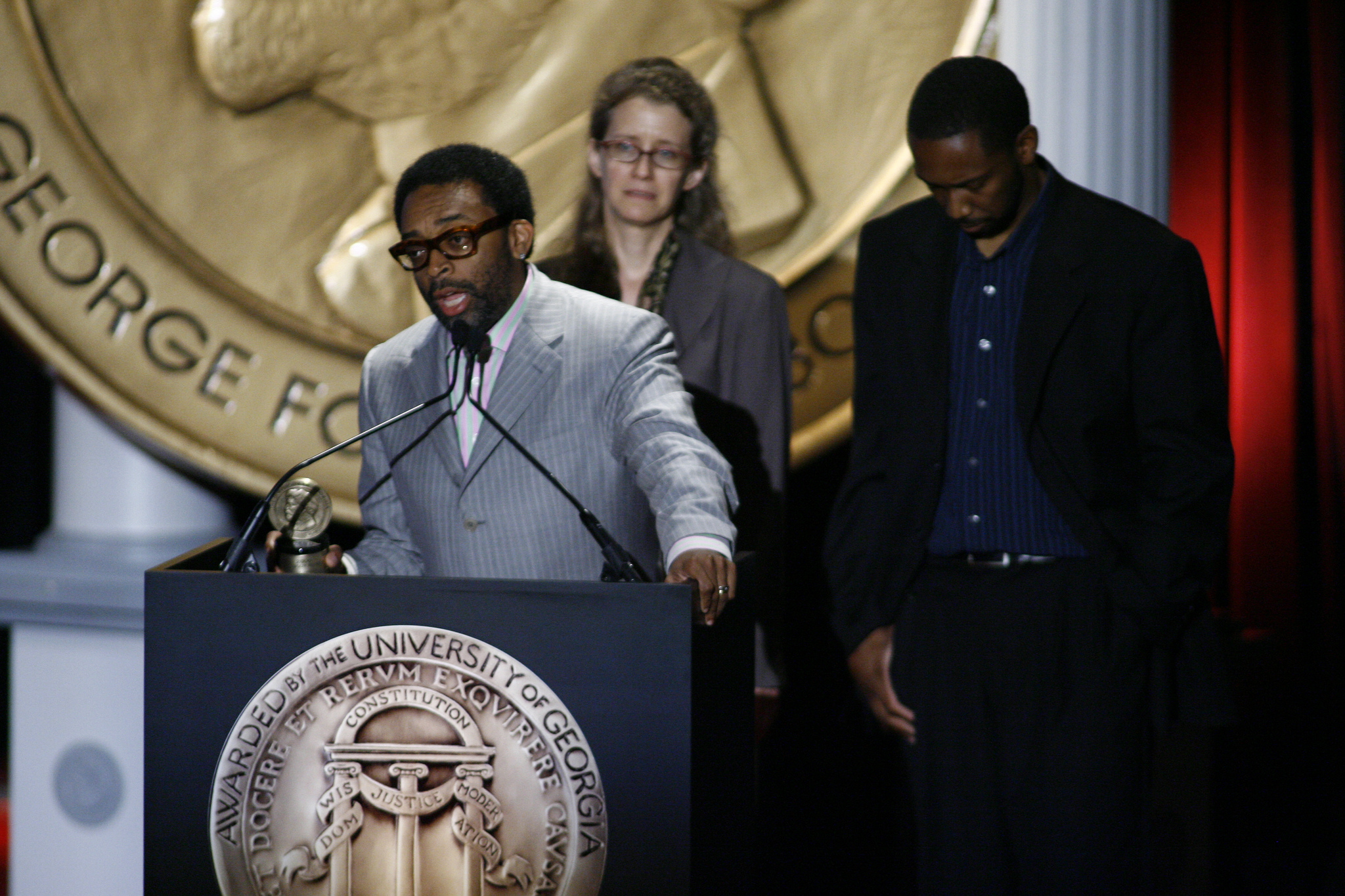 A mere six months after the announced launch of Amazon Original Movies, the streaming giant has wrapped up filming on its first feature movie.

Partnering with famed director Spike Lee, Amazon is set to release Chi-Raq with an all-star cast, including Samuel L. Jackson, Angela Bassett, Jennifer Hudson and Wesley Snipes. No date has been announced yet for a release, though the Hollywood Reporter is reporting the film will bow in December in order to qualify for this year’s award season race before getting a wider release early next year.

The film centres on actress Teyonah Parris (Mad Men, How Do You Know) as Lysistrata, who, in Greek lore, convinced women to withhold sex in protest of a war. The film focuses on the oft-overlooked issue of inner-city violence in Chicago.

The film was co-written and directed by Lee, with Kevin Willmott (C.S.A.: Confederate States of America) as a co-writer.

“Spike Lee is one of the most distinct and visionary filmmakers of our time,” said Ted Hope, head of motion picture production at Amazon Studio, in a statement. “It would be impossible to find a better filmmaker with whom to launch our studio. He has a unique voice, distinct eye and he tackles important subjects with humor and heart, pointing to soutions and not exploiting the problems.”

Amazon Original Movies launched in January of this year, with the goal of acquiring up to 12 original films a year to premiere on Prime Instant Video four to eight weeks after their theatrical debut — a much shorter time frame than the typical 39 to 52 weeks. This is a slightly different tactic than competitor Netflix’s strategy, which will premiere its first-ever feature film, Crouching Tiger, Hidden Dragon II: The Green Legend on the streaming platform the same day it bows on IMAX screens in early 2016.

The film joins Amazon’s growing list of original content, including the critically acclaimed and Golden Globe multi-winner Transparent, as well as Borsche, Mozart in the Jungle and Alpha House.