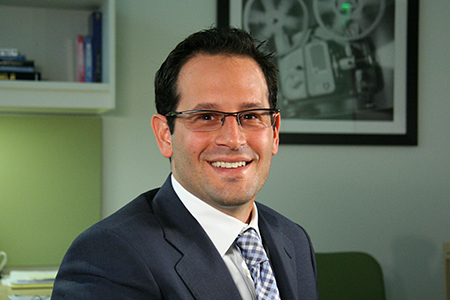 The six-part series, set to premiere next month, marks the first content play following a partnership between the two companies.

Time Inc. continues to bolster its digital offerings, this time with a six-part series to be distributed across multiple platforms.

New Orleans, Here & Now is the first project to stem from Time Inc.’s partnership with L.A.-based producer-distributor Rampante. Rampante was brought on board last fall to establish stand-alone developments and production in order to create a multi-platform video library for the media co.

Some of the content from Rampant was meant to complement the editorial that runs in the publisher’s print magazines. At the time of the fall announcement, Rampante was also said to be assisting Time Inc. to develop distribution models, including SVOD and VOD.

The docuseries marks the 10th anniversary of the Hurricane Katrina disaster. The six-part series is produced by Rampante on behalf of Time and in partnership with Killer Films, producers of the drama Still Alice, and the New Orleans-based Field Office Films, which produced the Oscar-nominated Beasts of the Southern Wild. The docuseries is exec produced by actors Patricia Clarkson – who was born in New Orleans – and Scott Bakula.

The series, available to stream in August across Time Inc. digital properties, is being directed by a roster of filmmakers who have connections to the city, including John Maringouin, Darius Clark Monroe, Angela Tucker, Lily Keber, Zach Godshall and Katie Dellamaggiore.

Each short film within the series will focus on a personal story that spans multiple generations and reflects New Orleans’ resurgence following Katrina, which is considered the costliest natural disaster in U.S. history with an estimated $150 billion in economic impact on Louisiana and Mississippi.

The stories featured in the series will include boxer Tiffany Junot’s path to becoming the World Boxing Council Welterweight Champion of the World, the family history of a Vietnamese restaurant and TBC Brass Band.

At this year’s NewFronts, Time Inc. execs announced plans for 11 new original series, including Time’s A Year In Space, which chronicles astronaut Scott Kelly’s year in the International Space Station; 40/40 Live, a collaboration with Jay Z’s Life + Times, hosted by WNBA point guard Skylar Diggins (whose presence Thursday lent an air glamour to the event) and filmed at Jay Z’s The 40/40 Club; and The Bullseye starring Entertainment Weekly senior writer Tim Stack who will be joined by a celebrity guest to offer rapid-fire thoughts on the week’s buzziest news.