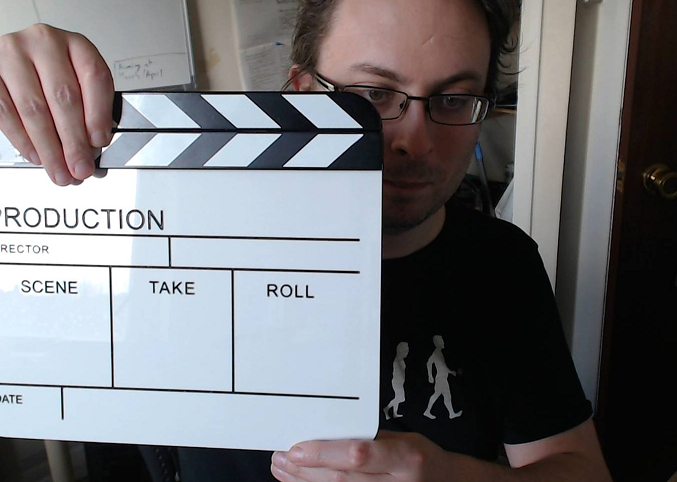 It’s been nearly 10 years since Hugh Hancock stepped away from Machinima, a gaming and animation website (as it was known back in the early days of digital) that he founded in 2000.

Now, Hancock (pictured) is also leaving the so-called “Machinima method” behind with the release of his first live-action short on YouTube.

Machinima is a term coined by Hancock and is a portmanteau of “machine” and “cinema.” The method he talks about is a reference to an animation style derived from the manipulation of videogame technology. Machinima, the website, was first founded to promote that particular form of animation — before the rise of the multi-channel network of the same name (459 million subscribers across 27,570 YouTube channels).

His first effort at a completely different style of filmmaking is called  HowTo Demon Summoning. It’s a parody of the occult movie genre and depicts a young, disgruntled start-up employee who uses a “how to” video from YouTube to summon a demon.

“Making live action films has become so much more flexible, even in the low-budget and indie genres,” said Hancock in an interview with StreamDaily. He adds he was advised by industry insiders that it was a good time to make the jump into live action.

The film was independently funded.

“I didn’t want to spend all my time filling out grant applications and looking for angel investors,” said Hancock of the finance model.

He chose YouTube over other streaming platforms to distribute the film because of its broad reach.

“I prefer to achieve critical mass on a single platform before branching out to others… I’ve done some testing with Vimeo, but they don’t really have the shareability that YouTube has,” he said.

Hancock said he has completed two more short films involving some of the same characters from the HowTo film. He plans to release the related content over the next few months.