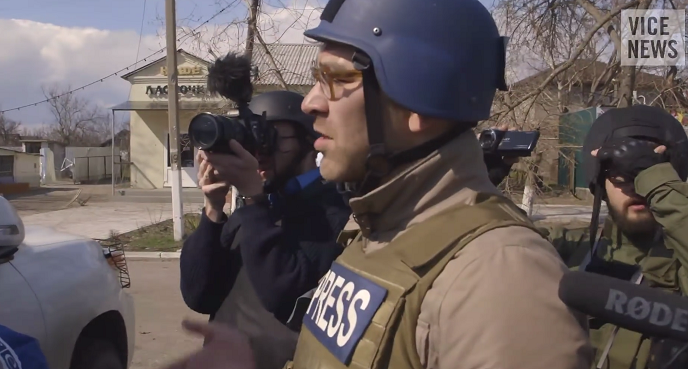 Fresh off its AOL acquisition deal, the mobile giant has inked a contract for exclusive original content with a focus on millennials.

“Mobile-first” has been the mantra at Verizon since its acquisition of AOL in June. Now the mobile media giant is making good on that intention by pushing forward with another new partnership, this time with Vice.

In a multi-year deal, made public July 14, Verizon will acquire a large slate of digital programming from the millennial-focused media company, including original programming produced by Vice exclusively for Verizon. The content will be available through Verizon’s mobile video platform.

The new Vice original series, Autobiographies, an interview series featuring high-profile personalities, will headline the collaboration. There’s no date set yet for the series’ launch.

The partnership comes as Verizon looks to keep pace with fast-changing changing media landscape that  is experiencing “a seismic shift in storytelling, audience, immediacy and platforms,” said Terry Denson, VP of content strategy and acquisition at Verizon, said in a statement.

James Schwab, co-president of Vice, echoed that sentiment, noting that mobile is key to any digital brand involved in video distribution.

Recently, Tim Armstrong , head of AOL operations within Verizon, estimated that the value of the global digital market is approaching $100 billion, with mobile representing 80% of consumers’ media consumption in the coming years.

Vice, originally an arts and culture magazine based in Montreal, Canada, moved its operations to New York City in the late ’90s. These days, Vice’s YouTube network boasts more than 11.5 million subscribers across 18 channels including Vice Sports, Munchies (food content) and Noisey (music).

Vice was among the many content partners that signed on with music streamer Spotify for its new video streaming component. At the same time, Verizon has been making grabs for more original content, including a recent deal with AwesomenessTV.